Closing D.C. General: As I mentioned in my last newsletter, my Council colleagues and I agreed on an

emergency shelter plan with Mayor Bowser last month that allows us to finally close D.C. General. This is a long overdue commitment to making sure District families have safer, adequately-resourced temporary shelter while transitioning to longer-term housing, and I believe we have a plan that can work for shelter residents, shelter neighbors, and our city as a whole.

I had the honor of joining other Council members, District government officials, advocates, and residents on Monday to watch Mayor Bowser formally sign the Homeless Shelter Replacement Act of 2016 into law. This is a big step for our city in addressing the needs of our homeless residents, and it comes in partnership with the District’s shifting approach to preserving our existing affordable housing. As my time on the Mayor’s Housing Preservation Strike Force ends, you can take a look at six final recommendations we submitted to Mayor Bowser last week to improve our future affordable housing supply.

Strengthening Our MetroRail System: As part of my duties as a Council member, I serve as a member of the Metropolitan Washington Council of Governments’ Transportation Planning Board (TPB). This week the Council of Governments co-hosted a convening bringing together government, business, and civic leaders to identify what needs to be done to return our Metrorail to a world class system. I attended the convening and gained useful insight into challenges facing other major North American metro systems, including New York City Transit, the Chicago Transit Authority, and the Toronto Transit Commission. When considering what makes a world-class metro system, we laid out priorities for WMATA and additional actions that need to be taken, such as securing funding, a safe environment, high levels of frequency, and a customer-oriented focus on service quality.

I will be working over the coming months with the WMATA general manager, Paul Wiedefeld, and the WMATA board chair, Ward 2 Councilmember Jack Evans, to help build Metrorail into the world-class system the nation’s capital deserves. You can read more about the forum and listen to audio of the event here.

As SafeTrack Surge #2 starts on Saturday, keep in mind that the Orange, Silver, and Blue Lines will shutdown

between the Eastern Market and Minnesota Ave/Benning Road stations through Sunday, July 3. Here are a few additional resources and notices to help with planning your travel:

Pushing for Paid Leave: Along with a world-class Metrorail, the District also deserve a comprehensive paid family leave program that provides residents, employees, and businesses with financial support and security 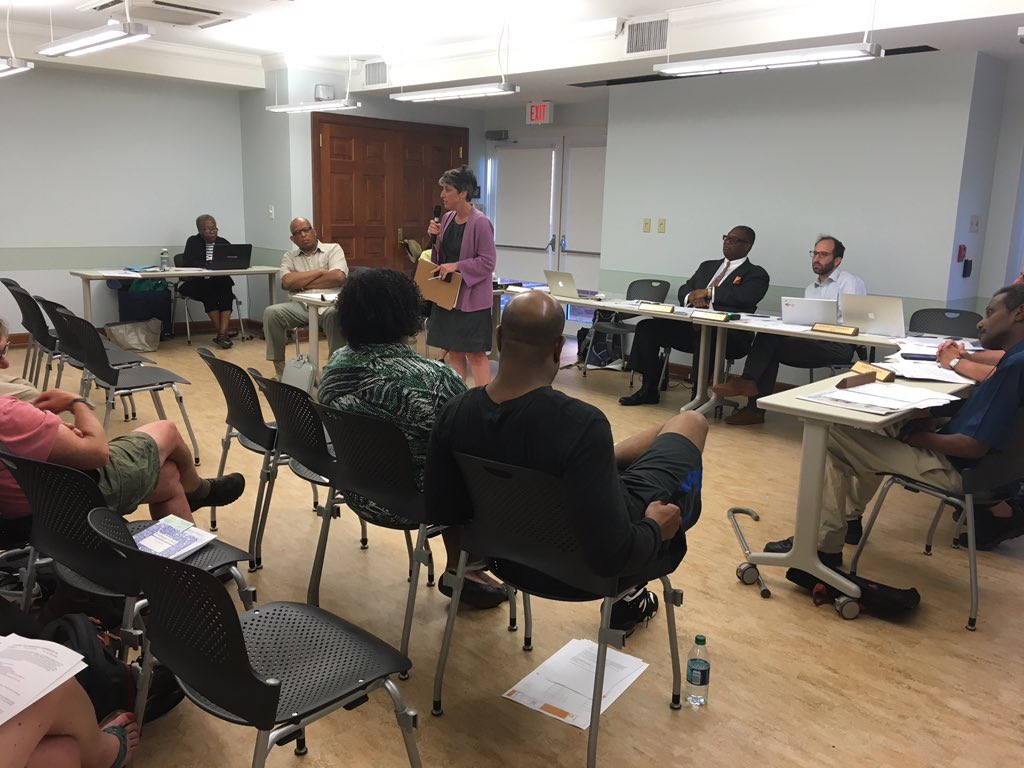 when they need it most. I continue to receive emails of personal stories that emphasize all the reasons I believe the Districts needs to #LeadonLeave.

What’s happening now? We are still waiting for Chairman Mendelson to schedule a mark-up, following the last public hearing on his revised version of the bill back in February. The Council has already passed an FY17 budget allocating $500,000 to fund start-up costs for a program. That’s why we need a mark-up as soon as possible to make paid leave a reality this year!

So what can you do? You can email Chairman Mendelson and take action through the Paid Family Leave Coalition. You can also urge your ANC to pass a resolution supporting paid family leave.

Special thanks to ANC 4C, who I visited last week and who recently passed a resolution of support! Every voice counts as we inch closer to the finish line.

Winning D.C. Statehood: Both Hillary Clinton and Bernie Sanders agree that D.C. deserves statehood, and the

District is rolling full steam ahead with the momentum. I joined one of three Statehood Commission public town hall meetings last week to hear resident testimony on the draft constitution the Commission has presented, and this week the Commission is hosting a Constitutional Convention where residents can offer additional testimony and propose changes. There have been many questions about the process—some of which are answered here. I’ll be stopping by the Convention this weekend and look forward to learning more about how I can support the Commission’s efforts to bring full voting rights to District residents. I hope to see you there!

Have a great rest of the week.