Newsletter: What is Inclusionary Zoning?

Last week we made more progress on our efforts to expand the District's supply of affordable housing. At Tuesday's legislative meeting, a resolution I championed that will strengthen our efforts to build permanent affordable housing in all wards of the city was unanimously approved by my colleagues. The resolution sends a strong message that we need to amp up a housing program known as Inclusionary Zoning (IZ) so that middle-income residents--teachers, administrative assistants, nurses, and chefs, for example--can live in neighborhoods with access to good transit, schools, and retail that they otherwise couldn't afford. 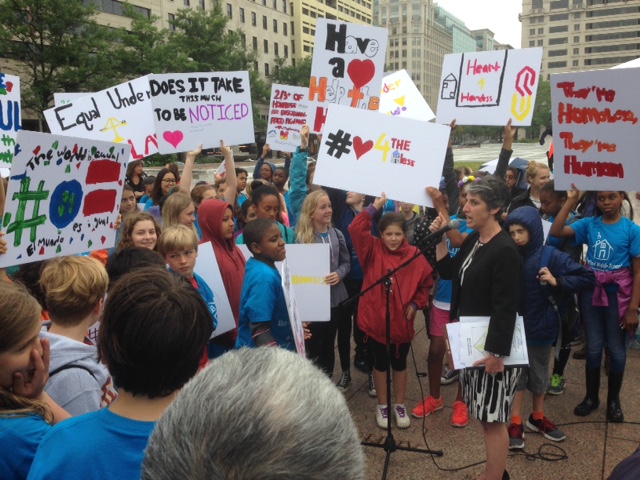 I want to thank Chairman Mendelson for recognizing the importance of this issue, and moving so quickly to schedule a hearing and move this resolution toward Council approval. Special thanks to my chief of staff, Kitty Richards, for shepherding the process with grace and wit and to IZ's biggest booster, Cheryl Cort, of the Coalition for Smarter Growth, for answering any and all questions.

SO WHAT IS INCLUSIONARY ZONING?

The reason I like IZ so much is that it puts affordable housing throughout the city and doesn't really spend any additional taxpayer dollars to do it. It helps create economic diversity in our neighborhoods, and it does not isolate affordability to only certain areas of the District. I am so thrilled that IZ is seen by our new Planning Director Eric Shaw as a "key tool for fulfilling the District's vision of achieving and sustaining a diverse, vibrant, and inclusive city."

IZ applies to all new rental or condominium buildings with more than 10 units or renovations to current buildings that increase the building size by 50 percent. In exchange for what's known as a density bonus--being allowed to build more units--the buildings are required to have a certain percentage of units affordable to moderate income residents. IZ has been in place for several years now, and it is time to ensure that we are making the most of this program. This resolution sends a strong message to the Office of Planning and the Zoning Commission that the Council supports IZ and wants to see it improved -- to build more units, at more-affordable prices, and with more efficient administration.

Budget Autonomy This Wednesday, the Council will do something it has never done before: Take a second vote on the Budget Request Act, the bill that makes the specific dollar appropriations for next year's budget. In years past, this bill has been treated differently than all other Council bills--which take two votes--because until now our budget request required active Congressional approval and has been rolled into the federal appropriations bill, unlike the other bills that can be passively approved by Congress.

Chairman Mendelson has scheduled a second vote because of a recent federal court ruling on the budget autonomy voter initiative, which was overwhelmingly passed by D.C. voters in 2013 but has been challenged in court by former Mayor Gray and the city's Chief Financial Officer. Earlier this year, Mayor Bowser said she sided with the Council and removed the mayor from the suit. The ruling by the U.S. Court of Appeals sends the case back to D.C. Superior Court. I support Chairman Mendelson's decision to have a second BRA vote in light of the fact that the Superior Court ruling may finally make budget autonomy a reality. There are several moving parts to this, and the Council will be working with our legal counsel to discuss a thoughtful and judicious strategy.

Neighborhood Violence One of the toughest parts of being a councilmember for me has been attending vigils for residents who have died due to gun violence. Last week, I attended a meeting in Shaw related to the shooting death of Tamara Gliss and two vigils on Good Hope Road SE near Hillcrest related to the murder of Charnise Milton. The availability of guns shortened the lives of both of these young women. It is a tragedy for these families and for our city. I think what is so chilling about particularly Charnise's death is that she was going about her business--riding the bus home from work--and her business was about covering the issues and concerns of residents on the eastern side of the city. Issues like crime. It sounds cliché, but we do need to work together with our Metropolitan Police Department to solve these cases and make our streets safer. 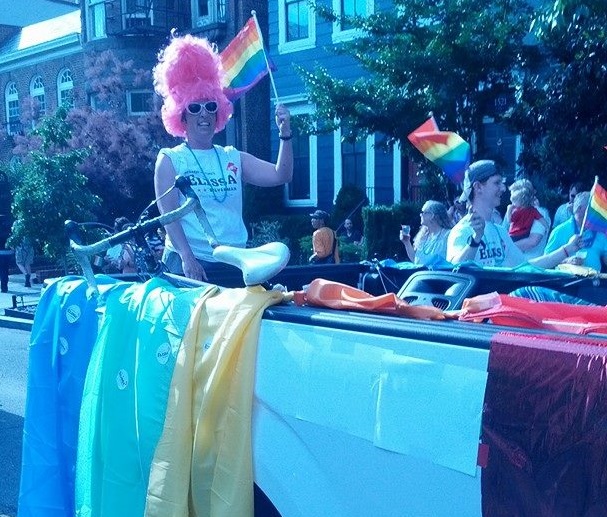 PRIDE PARADE!! This Saturday, June 13th, is the annual D.C. Pride Parade, a wonderful event that celebrates our lesbian, gay, transgender, and bisexual community, and, in my opinion, the importance of keeping vigilant about protecting human rights and striving for equality for all people. I am proud to be marching this year along with my fellow newest members of the Council--the group Mayor Bowser has branded "The New Kids On The Block."

March with us! Sign up here! Wear your Elissa 2014 shirt if you have it; we'll have a few vintage extras on hand if you don't.

See you Saturday at Pride! Elissa.