Earlier this week, the Bowser administration released a second audit of employment at the Line Hotel development project which found the level of D.C. resident hiring did not meet the specified requirements for the project to receive a $46 million tax abatement. The second audit was requested by the hotel’s owner, the Sydell Group, after they disputed data in an initial audit by the Department of Employment Services (DOES) released in April 2019.

The second audit reached the same conclusion as the first: Sydell fell short of the legislated requirements in two of seven categories. All seven categories needed to be met, as outlined in legislation passed into law by the D.C. Council creating the Line Hotel’s abatement.

Performance oversight is a critical part of the District government's process for deciding what needs should be better met by District agencies. Materials for the FY19-20 performance oversight hearings held by Councilmember Silverman's Committee on Labor and Workforce Development are available below. Performance oversight materials can also be found on the D.C. Council's website here: dccouncil.us/labor-and-workforce-development-3/.

Newsletter: Join Me on 2/23 to Celebrate Black History Month!

In celebration of Black History Month, I invite you 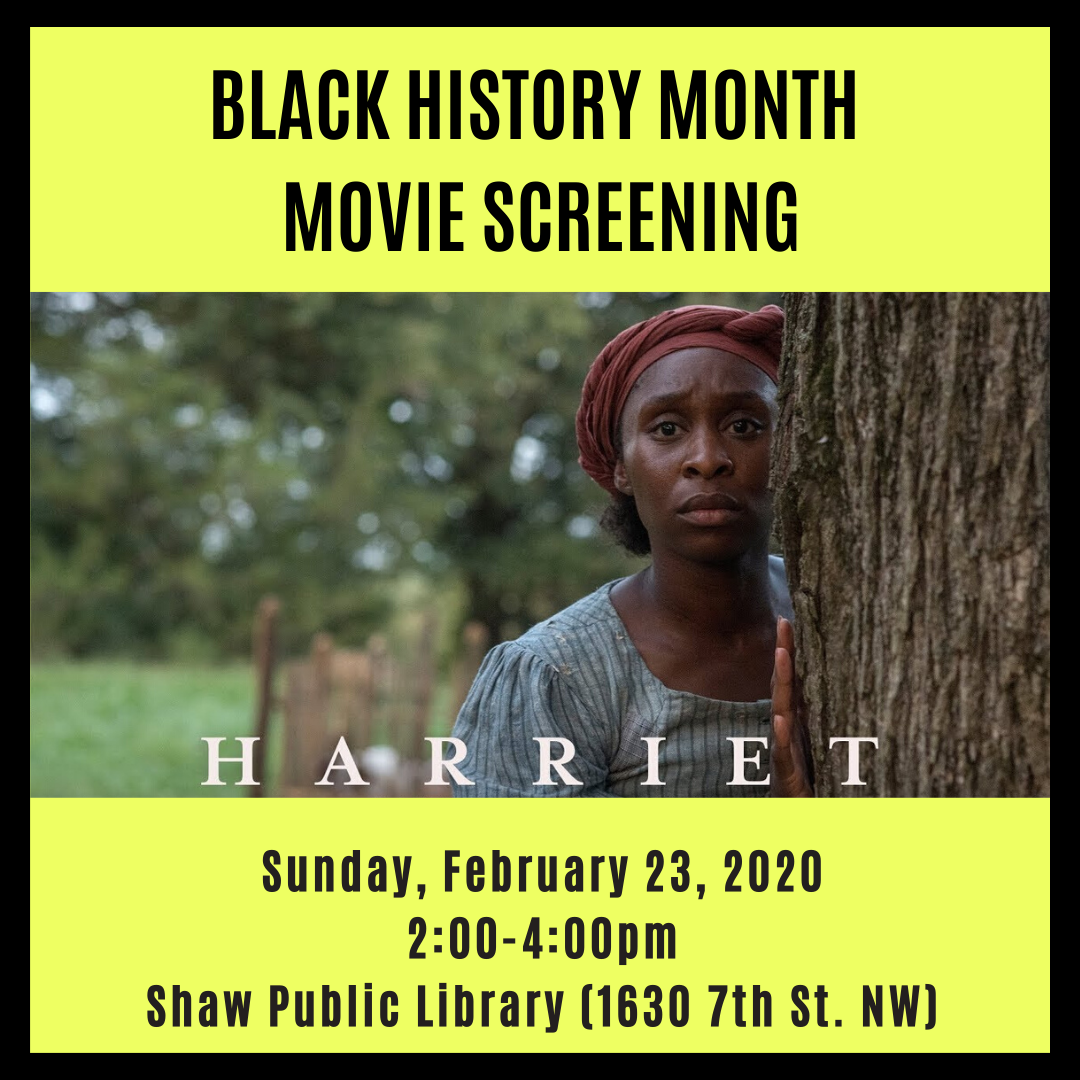 to join me and my staff for a free screening of HARRIET on Sunday, February 23, at 2:00pm at the Watha T. Daniel/Shaw Neighborhood Library (1630 7th St. NW)!

Special thanks to Pat Joseph and Charnisa Royster on my staff, along with D.C. Public Library, who have organized the screening of this film based on the inspirational life of Harriet Tubman. The movie follows Tubman’s escape from slavery and road to becoming one of our country’s most revered freedom fighters and icons of courage. If you’re still undecided, we’ll even have popcorn and light refreshments thanks to Naval Lodge No. 4! Additional details about Sunday's screening are here.

The Committee on Labor and Workforce Development will convene a public oversight roundtable on the implementation of the “Universal Paid Leave Amendment Act of 2016” and on PR23-0647, “Rulemaking for Paid Family Leave Benefits Approval Resolution of 2020.” The roundtable will be on Thursday, January 30, at 2020 at 11:00am in Room 120 of the John A. Wilson Building (1350 Pennsylvania Ave. NW).

The draft agenda, witness list, and testimony from the Department of Employment Services is available below:

The Committee on Labor and Workforce Development will hold an additional meeting on Wednesday, January 29, 2020 at 10:15am in Room 123 of the John A. Wilson Building (1350 Pennsylvania Ave. NW) to vote on the following items:

The draft agenda is below along with draft committee prints, comparative prints, and reports:

A bill introduced today by D.C. Councilmember Elissa Silverman (I-At Large) addresses concerns about conflicts of interest and the appearance of conflicts of interest on a critical board that approves government funding tools for affordable housing developments, the D.C. Housing Finance Agency (DCHFA) Board of Directors.

The bill, known as the “Housing Finance Agency Conflict of Interest Prevention Amendment Act of 2020” prohibits DCHFA board members from using agency programs during their terms of service in an effort to prevent actual and perceived business-related conflicts.

Happy New Year! Best wishes to you and your family for a joyous and healthy new year.

Almost all of us are back to our work and school schedules, and my staff and I are excited to hit the ground running this year to represent you on the critical issues that face our city. Ensuring that we are making the best investments of your tax dollars to create a pipeline of living wage jobs and affordable housing remains a major focus for me in 2020. Our investments in public education are absolutely critical to this. I have also challenged myself and my staff to think more boldly about how we can play a role in public safety and supporting efforts to interrupt and end gun violence. Additionally, this summer we will launch the paid family and medical leave program for District workers, and my committee will continue to work with the Department of Employment Services to do oversight of the program.

First things first, however: I am on the hunt for a few new colleagues in my office and will be hosting an office open house at the end of January. Keep reading for details!

Expulsion is an ethics insurance policy; a legislative body has it in place and hopes to never use it. Unfortunately, this week, the D.C. Council needed to exercise that authority. The Council’s Ad Hoc Committee investigating Ward 2 Councilmember Jack Evans unanimously voted to recommend expulsion to the Committee of the Whole, which means that 12 out of 13 councilmembers (all but Evans himself) are in agreement that Councilmember Evans is no longer fit to serve.

The Committee on Labor and Workforce Development held a roundtable on two nominations to the Public Employee Relations Board on Wednesday, December 11, at 10:00am in Room 500 of the John A. Wilson Building (1350 Pennsylvania Ave. NW).

The draft agenda and witness list, testimonies of the nominees and a testimony received from a public witness are available here: