An estimated 15,000 undocumented residents, returning citizens, and workers in the informal economy who were not eligible for federal jobless benefits or stimulus checks during the pandemic will now receive relief payments of about $1,000 each later this fall.

The payments are a result of a provision added to the city budget in May by Councilmember Elissa Silverman (I-At-Large), chair of the Council’s Labor Committee. The budget amendment provided for $20 million for the payments – if the District’s Chief Financial Officer confirms on Sept. 30 that there is enough tax money available. That confirmation came Friday. The Council unanimously supported Silverman’s measure.

The first bill, the Reckless Driver Accountability Act of 2022, authorizes the District to boot or impound any car that has five moving violation tickets, or three tickets for speeding by more than 25 miles per hour over the speeding limit or running a red light, even if the tickets are paid. Owners can avoid the impoundment or retrieve their car from the impound lot by taking a restorative-justice-based driver education class. The bill is based on an initiative in New York City that, according to early research, has reduced dangerous driving incidents among participants by up to 40 percent.

The D.C. Council is back in action, and we had our first legislative meeting of the fall on Tuesday. As we approach the end of the two-year Council session, we are racing to finish a few major pieces of legislation before the end of December. 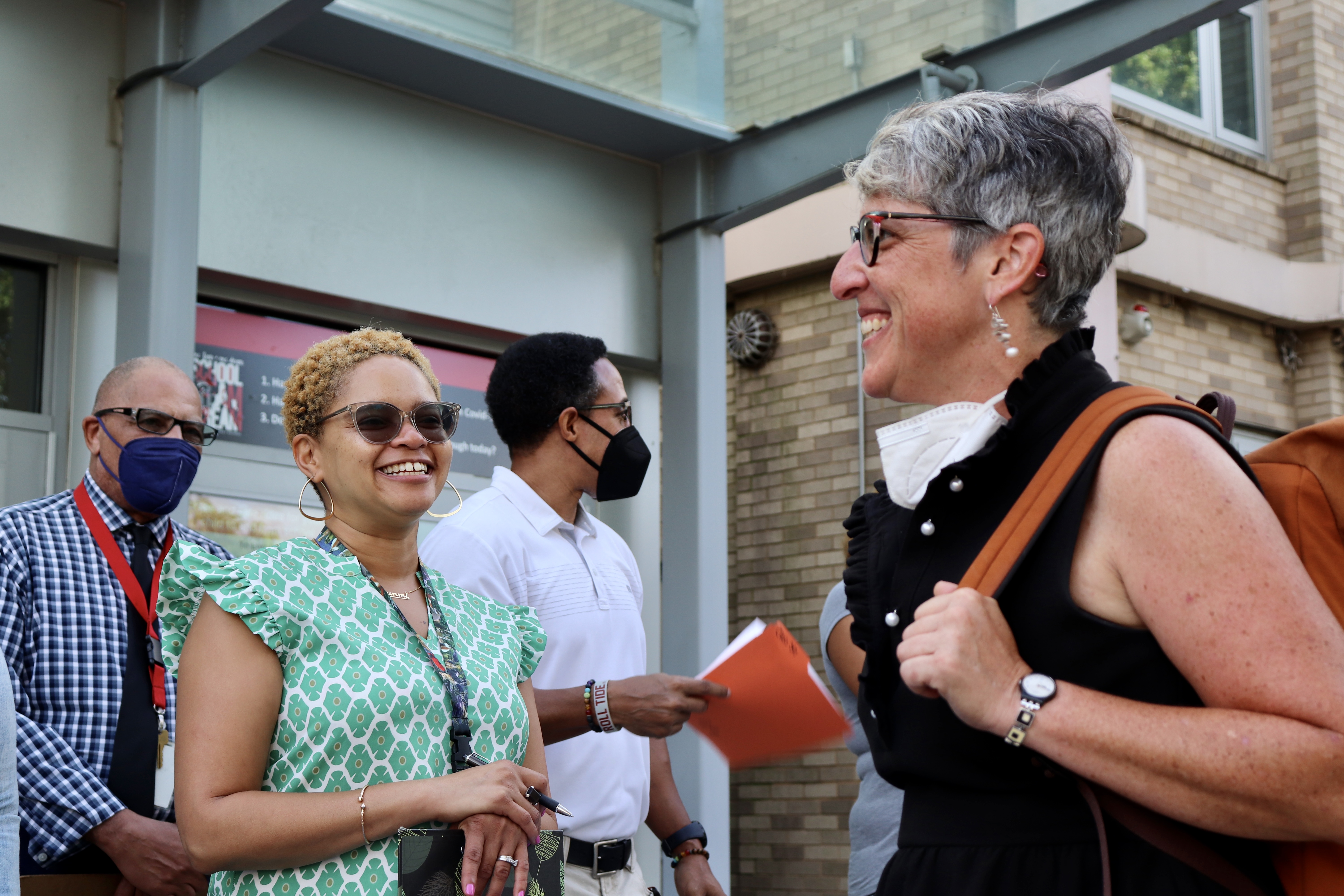 This week begins the transition from summer to fall routines, as well as the return of our newsletter!

First: Back to School! Along with many DCPS students and parents, I headed back to school last week by visiting Martin Luther King, Jr. Elementary School in Congress Heights. In-person learning in the age of COVID makes the first day of school more complex, but I was impressed with how smoothly students were welcomed and those who still needed COVID testing were handled. Many thanks to Principal Angel Hunter and her teachers and staff for being a reassuring presence to all of us that morning.

At-Large DC Councilmember Elissa Silverman and seven other council members are asking for broader communications with the public about the monkeypox virus, saying that even those who are not at high risk are worried.

“Many residents who are not considered at high risk for monkeypox are scared for themselves and for their children who will return to school later this month,” the letter reads. The council members urge DC Health to communicate with people outside the highest-risk groups and to work with schools to share information.

In the letter to Interim Director Dr. Sharon Lewis, they also requested information about the distribution of vaccines by ward and other relevant demographics to better assess how equitably vaccinations are being distributed.

Letter to the Mayor Regarding Migrant Arrivals

Ten members of the Council, including Councilmember Elissa Silverman, asked Mayor Bowser to take action regarding the influx of busses with migrants arriving from Texas and Arizona. Those actions include: asking for federal funds, assigning district staff to support the effort, finding respite space for new arrivals, and opening our checkbook to financially support the work of the groups that are helping.

On Wednesday, July 13, at 1pm, the DC Council's Labor and Workforce Development Committee will meet to vote on B24-615, “District Government Paid Leave Enhancement Amendment Act of 2022.”  The bill expands paid family leave available to District government workers to up to 12 weeks per year for family or parental leave, increased from 8 weeks per year, and establish paid personal medical leave and pre-natal leave for the first time. The bill would also adjust the current program’s rules such that employees may take leave one year following the start of their previous paid leave, rather than one year following the end of their last leave, which unfairly delays a second leave for employees initially taking leave on an intermittent basis.

On Thursday, June 16, at 10:30am, the DC Council's Labor and Workforce Development Committee will meet to consider and vote on B24-456, the Non-Compete Clarification Amendment Act of 2022.  The legislation amends the previous non-compete legislation to create a narrow allowance for non-compete agreements with only those employees who have annual total compensation of at least $250,000, provided that the agreements last no more than one year and adhere to certain drafting requirements including clear disclosure to employees.

Also certifies program increase in parental leave from 8 to 12 weeks, medical and family leave from 6 to 12 weeks for eligible workers beginning July 1, 2022

In Spring 2022, the Committee on Labor and Workforce Development will hold hearings on the performance of the agencies within its jurisdiction, followed by hearings on the proposed FY2022 budgets of those agencies. The schedule is below and may be found online at https://dccouncil.gov/2021-2022-performance-oversight-fy-2023-budget-schedules/. We welcome testimony from the public and have several ways to submit testimony. Instructions for testifying follow. **Please note the schedule is subject to change.** Additionally, agencies’ responses to the Committee’s written pre-performance hearing questions are posted here: https://dccouncil.gov/performance-oversight-2022/