Expanded paid family & medical leave for private sector workers, while cutting the employer tax in half.
Called for a reevaluation of the Universal Paid Leave Act’s finances through the 2022 budget process 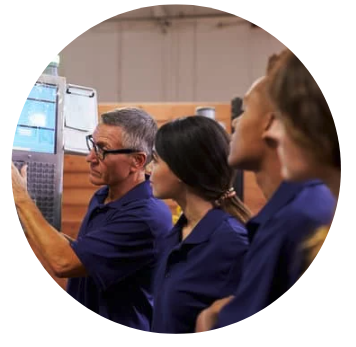 Moved legislation to treat domestic workers as they should: the same as all other workers.
B24-712 Domestic Worker Employment Rights Amendment Act of 2022

Ensured workers are not penalized for legally using cannabis in their personal time.
L24-190, The Cannabis Employment Protections Amendment Act of 2022

Supported workers and businesses hurt by the pandemic, including gig and other “excluded” workers; essential workers; and hospitality businesses.
2021 and 2022 budget processes

Read more about labor and other legislation from Councilmember Silverman

At the end of each Council period, the Labor and Workforce Development Committee releases a report of its activities during the past two-years. The Council Period 24 report was released November 21, 2022.

During Council Period 24, the Committee focused its work on lifting the economic security of District workers in both the public and private sectors. This included work to enact new workers’ rights, analyze efficiency of programs serving workers such as unemployment insurance to make improvements, and ensuring that government agencies serving District government workers were providing good, equitable services to our public servants. The Committee also focused efforts on helping workers and businesses recover from the COVID-19 pandemic’s devastating economic impacts, including massive job loss.

The Committee passed legislation on permanent and emergency bases, conducted rigorous oversight of agency operations, and funded promising programs. The Committee focused much of its work on one of the largest and most important agencies in District government, the Department of Employment Services, which provides services ranging from job training to unemployment insurance to enforcement of wage-and-hour laws.  The Committee also reviewed the Mayor’s budget proposals in 2021 and 2022 to ensure that agency needs were met and that promising programs had appropriate resources.

The top laws and bills advanced by the Committee along with other priority work during Council Period 24 include: