I also want to let you know I was appointed this week to the Workforce Investment Council (WIC), which is a body comprised of business, labor, and nonprofit leaders, as well as government officials, tasked with overseeing our public workforce system. There’s a lot of work to be done in this area; the highest priority right now is removing the U.S. Department of Labor’s high-risk status from our federally-funded youth programs. I am excited to work with Mayor Bowser’s new appointee to lead the WIC, Odie Donald, who had an impressive track record in Georgia of taking an innovative but data-and-evidence-driven approach. Thanks to my Ward 5 colleague Kenyan McDuffie for supporting my appointment and to Chairman Phil Mendelson for making it official!

WHAT’S UP WITH THE FY17 BUDGET

BUDGET WINS: Our budget is complex, and I want to congratulate Mayor Bowser on completing her second budget 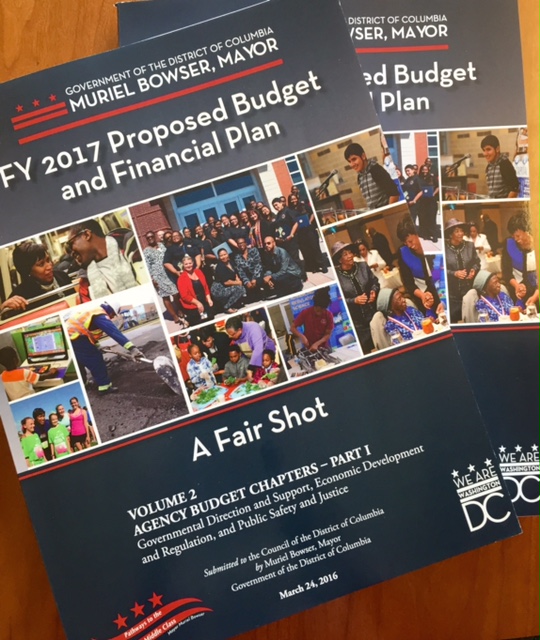 proposal. Budgets are about priorities, and what we choose to spend our money on is a reflection of the city we want to create. But our resources are finite, so we have to make choices. Here are some highlights from our budget request:

Housing: I was pleased Mayor Bowser included two of my biggest asks in her budget for next year: $100 million for the District’s Housing Production Trust Fund to build more affordable units across the city and a $15 million commitment by the mayor next year to spend money on public housing repairs.

Education and Childcare: Mayor Bowser’s budget included an increase in the per-pupil funding formula and additional capital dollars to fund school modernizations. I, along with several other women on the Council, asked the mayor to put more dollars into early child-care, and I was happy to see an additional $3.6 million to improve our licensed child-care centers.

Supporting Our Most Vulnerable: D.C. has one of the highest ratios of income inequality in the nation. Mayor Bowser’s budget narrative last year was focused on “Pathways to the Middle Class” and this year she is zeroed in on giving D.C. residents “A Fair Shot.” I share these goals, and we need to put the resources in place to make this a reality.

While there is a lot to be excited about, there are still a number of areas where I believe we can do more. I know all of you support the closure of D.C. General, and I am very actively involved in moving a plan forward that will be good for the District, for our communities, and for our homeless families. On the heels of New York State passing the best paid leave program in the country, I was particularly disappointed that Mayor Bowser did not include start-up funding for paid family leave. We have been a leader in this conversation, and now we are seeing our peers in New York, San Francisco, and elsewhere make this a reality in their cities and states. I will continue to push us to join them soon!

PREVENTING DISPLACEMENT: By now I’m sure you have heard much discussion about the $55 million 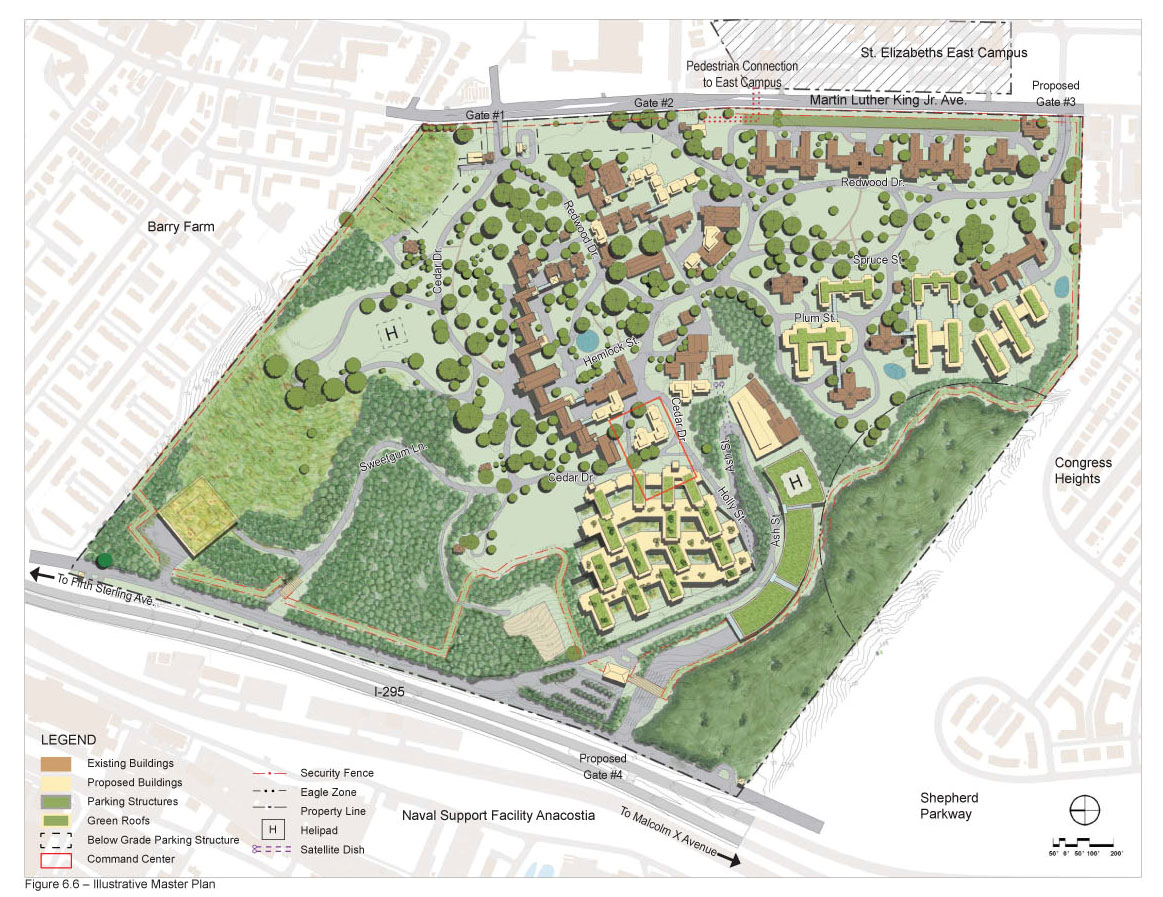 practice facility for the Washington Wizards that is part of the major redevelopment proposal at the St. Elizabeths campus in Ward 8. When I first learned about the practice facility, I was concerned about the lack of transparency and accountability around how much it would cost, who would pay if there were cost overruns, and what priorities we would have to reevaluate if the costs were higher than expected. I pushed to have a hearing on the practice facility because I wanted residents to have a chance to weigh-in on what type of accountability measures we should have in place—and over 40 witnesses came out to testify at the hearing on March 24. Thank you to everyone who testified. As a result of the hearing, Events DC released more detailed cost estimates and has committed to making the project and its costs more transparent.

One theme we heard over and over from residents, both in favor of the project and those with concerns, was that the intended catalytic effect would also bring an increase in property values and rent that would make the immediately surrounding area unaffordable. In fact, some Ward 8 residents feared that they themselves would be pushed out. That’s why I introduced the Displacement Prevention Amendment Act of 2016 with Ward 8 Councilmember LaRuby May at yesterday’s legislative meeting. The bill focuses on two displacement prevention strategies: (1) providing additional financial support by doubling the maximum income tax credit available to targeted District renters and homeowners through Schedule H and (2) providing grants for additional legal services for tenants and homeowners to prevent displacement and enforce housing codes and other tenant protections.

Thanks to Councilmember May for her partnership on this bill, as well as Councilmembers Allen, Bonds, Cheh, Grosso, Nadeau, and Orange for co-introducing, and Councilmember Todd for co-sponsoring. You can read more about the bill here and follow its progress through our legislative process here. I will advocate strongly to the Committee on Housing and Community Development to hold a hearing on this important issue soon.

Free Tax Preparation Service: I hope you’ll take advantage of, or share, these tax preparation centers across the city that are providing free services for District residents. The deadline to file in D.C. is April 18!

Emancipation Day: Though not everyone will have a day off, we’ll be celebrating Emancipation Day at the Council next week and invite you to commemorate with us President Lincoln’s signing of the Compensated Emancipation Act nearly 154 years ago. The Act freed over 3,000 enslaved individuals in the District, and the date was made an official holiday in 2005. If the weather cooperates, you can check out any of these free family-friendly events happening on Saturday, April 16:

The African American Civil War Memorial & Museum will also host several Emancipation Day events throughout the afternoon. You can see what is happening here.

I’m making my way to ANC and community meetings across the city and will have more news and updates soon. Stay tuned!