Improving DCRA: Two bills that I introduced earlier this year to reform the Department of Consumer and Regulatory Affairs passed unanimously last Tuesday as part of an omnibus reform package put forth by Chairman Mendelson. My first bill, the Real Estate LLC Transparency Amendment Act of 2018, enables D.C. government to clearly identify and hold responsible all partners in real estate limited liability companies (LLCs). My second bill, the Blighted Property Redevelopment Amendment Act of 2018, removes cumbersome barriers for developers who are trying to put blighted properties back into working use. Read more about how these bills enhance consumer protections for District residents in my press release here.

Ensuring Access to Quality Healthcare East of the River: I fully support building a new hospital 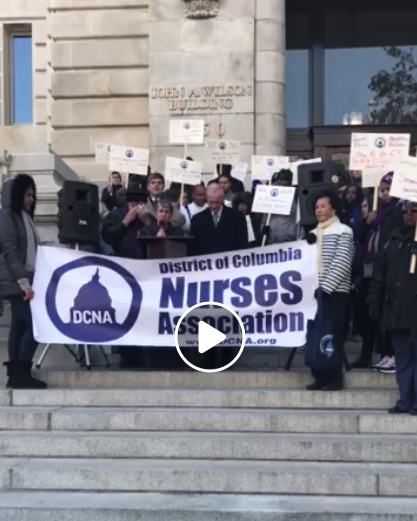 That’s why I have been very engaged in the discussion about the East End Hospital. I want to make sure that the new hospital is an asset to the city, particularly to residents in Wards 7 and 8, and that is a key part of building a truly comprehensive health care system across the city that will address the health needs of our residents. Additionally, District hospitals are some of our largest employers. As Labor Committee chair, it’s important to me that the jobs created are quality, living-wage jobs. That’s why I joined a rally the other week to ask for a final hospital that is responsive to the community, meets residents’ full healthcare needs, and provides workforce opportunities.

To take a significant step towards making these goals a reality, I proposed an amendment at last Tuesday’s legislative meeting that would guarantee that quality union jobs remain in Ward 8, even after United Medical Center closes. The majority of my colleagues supported this amendment. Councilmember Gray, the Health Committee chair, moved to table the bill, giving the Council an opportunity to continue discussions until our legislative meeting on December 18. Please feel free to reach out to me with input.

Trying to Use the Internet Sales Tax for Good: Earlier this year, the U.S. Supreme Court ruled on a case that impacted how we apply our sales tax to items purchased on the internet. The ruling allows us to collect the D.C. sales tax even when a company isn’t located here. It’s a big deal, and it will bring a lot of additional resources to our city! In fact, this ruling had been expected for quite some time, and, in 2013, the Council decided to divide that future revenue between Metro and programs to end homelessness. Good, right? Well, some of my colleagues changed their minds and, instead of ending homelessness, they decided they wanted to give big tax cuts to our largest property owners.

When the bill came up for a vote last month with these new revisions, I was the lone vote against it. But because of advocacy, my Ward 1 colleague, Brianne Nadeau, moved an amendment to redirect this revenue back to homeless services at last Tuesday’s legislative meeting. I was disappointed that the amendment didn’t pass. Thank you to all who wrote to me and my colleagues in support of this amendment, and I thank Councilmember Nadeau for her leadership on this issue.

Being Judicious About Who We Subsidize: Also last Tuesday, the Council 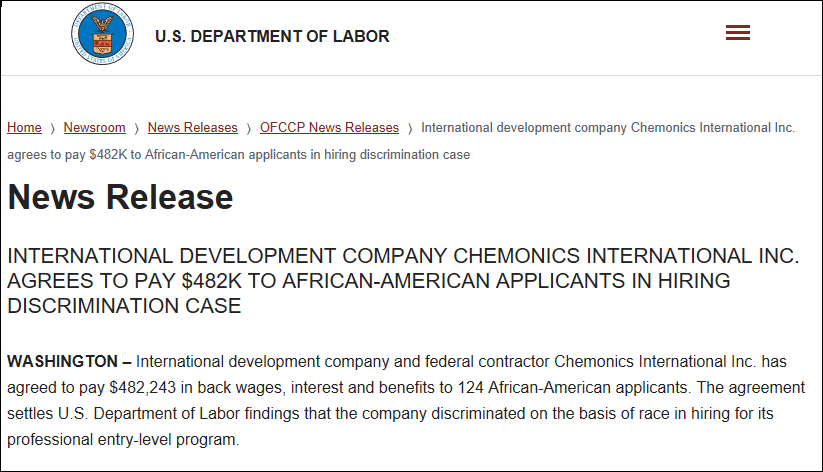 gave preliminary approval to a $5 million subsidy to Chemonics International, a decision I voted against. Why? Because in 2016, Chemonics paid nearly $500,000 as part of a settlement in which the U.S. Department of Labor (DOL) determined the company had engaged in discriminatory hiring practices. Specifically, and I am quoting from a U.S. DOL press release, “of the 124 African Americans who applied to the company’s program for entry-level professionals during the review period, not a single one was hired.” In addition, the proposed tax abatement has circumvented the normal process and has not had a tax abatement fiscal analysis, in which the District's Chief Financial Officer states whether he believes the subsidy is necessary.

Tomorrow, there will be a hearing on Chemonics. Yes, you read that right: The hearing is taking place AFTER we have approved the tax subsidy at first reading. If the hiring practice and abnormal route this subsidy has taken are as much a concern for you as it is for me, please let my colleagues know. And tune into the hearing tomorrow at 11:30am!

Being Poor Is No Reason to Lose Your Driver's License: A bill that I introduced last year to end license suspensions for both unresolved traffic ticket debt and court judgments pursued by private companies (most commonly insurance companies) passed its final Council vote! Read more about my Driver's License Revocation Fairness bill here.

Yes, my committee has been busy too!

Keeping District Employees in DC: Increasing the number of District government employees who are District residents continues to be a priority for me as chair of the Labor Committee. The District Government Employee Residency Amendment Act of 2017 passed its first of two final votes unanimously last Tuesday and makes a series of improvements to how the city hires residents and enforces residency requirements. You can read more about the changes here and read a few highlights of what the bill does below:

of our city's workforce, which is why I introduced a resolution last month recognizing Apprenticeship Week in the District. My bill creating a public-sector apprenticeship program recently passed into law and will expand apprenticeships for District residents in five high-demand areas (including information technology and healthcare). You can learn more about my Pathways to District Government Careers Act here and read the full resolution here.

Thanks so much for reading. See you at our holiday party on Sunday!