I will tell you, however, that I remain optimistic about our ultimate goal of making sure we are an equitable and just city, focused on making sure working families and small businesses can thrive in the District of Columbia. I will continue to push to make sure the important provisions on wage theft and sexual harassment that were lifted from our compromise by Chairman Mendelson in his repeal bill will remain in the version voted on in two weeks.

I was buoyed by the amount of civic discussion around this issue. Almost everyone seemed to be talking about Initiative 77, not only at the Wilson Building but all around town. Thank you to all who testified or spoke with me and my staff on this important issue. One of the reasons I pushed hard for a compromise on Initiative 77 is because I was concerned that the message a straight repeal sent to voters was that their voices and votes didn’t matter, especially given how Congress tries to overturn our laws and how low voter turnout has been in the recent elections. Just to give you an idea, I received more than 1,000 emails from you on this issue!

Not everyone’s voice was heard, however, in this months-long debate. You may have seen the Washington Post article about Ward 7 resident Dia King, who was the only non-restaurant tipped employee who spoke publicly at the Council’s hearing. A lot of his colleagues are immigrants, and they don’t want to come forward to any kind of government entity, especially to complain. It struck me that Initiative 77 also raised an important question of who gets to speak and who is listened to at the Wilson Building, as well as who is not speaking, who we’re not hearing from, and why.

If you want to push to end wage theft and sexual harassment and learn about our proposal, you can read more about the compromise on my website.

D.C. Government Jobs for D.C. High School Graduates: This past spring, I introduced a bill 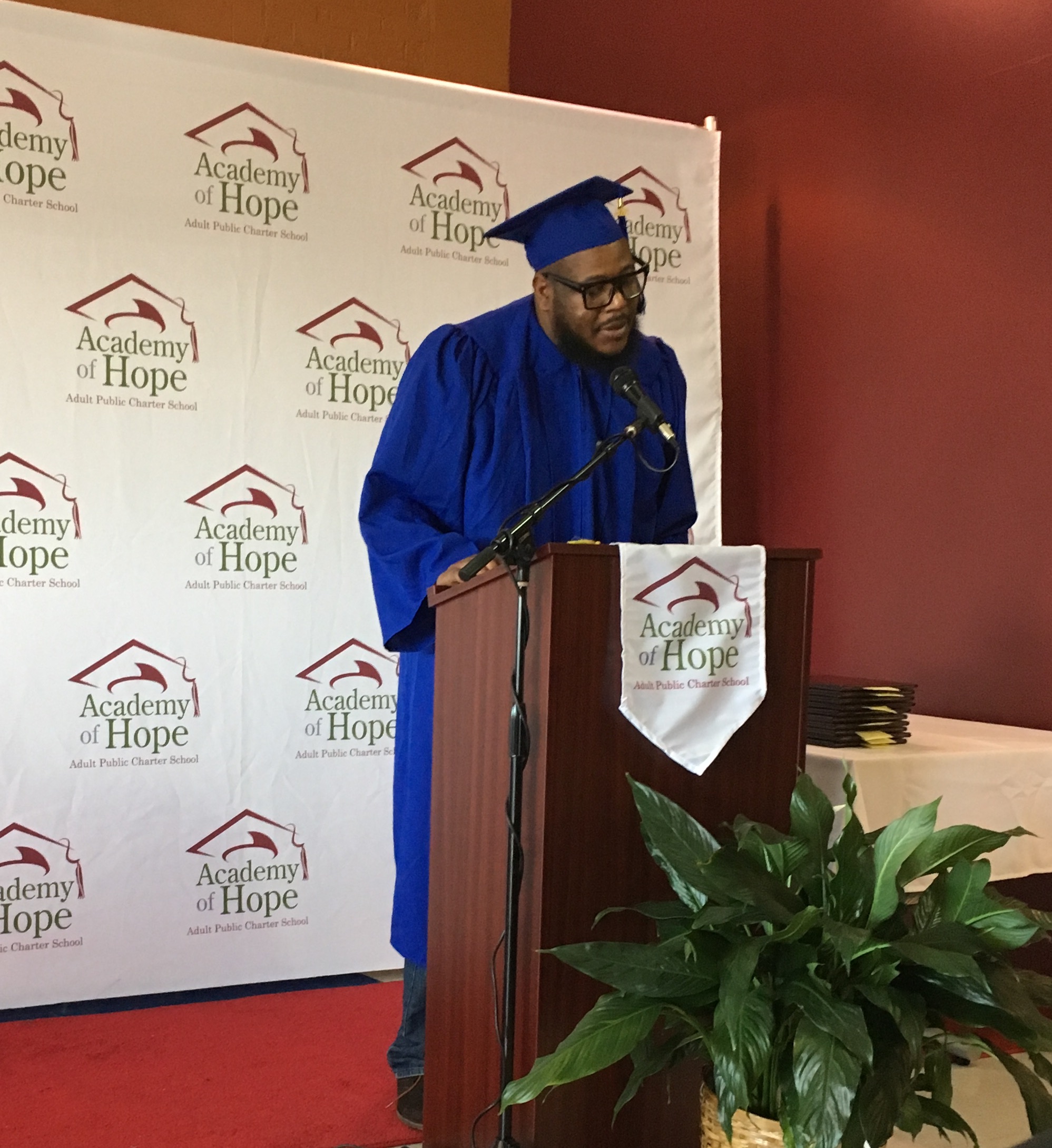 focused on helping District residents enter into District government jobs by creating public-sector apprenticeship programs for District residents, with preference given to graduates of District high schools. This week the legislation was passed unanimously by the Council on the first of two final votes. This is an opportunity to put numerous District residents on paths toward middle-class public service careers that pay a living wage. You can read more about the Pathways to District Government Careers Act here.

Regulating Home-Sharing While Protecting Affordable Housing: Another hot topic of Tuesday’s meeting was a bill before the Council to regulate home-sharing websites like Airbnb and VRBO. I want to make sure that homeowners with accessory units, like basement units or in-law suites, can use home-sharing sites, while also preserving as much commercially available housing as we can. When building owners take apartment units off of the market for short-term rentals or investors buy small residential buildings and single-family homes to put on home-sharing sites, it significantly impacts our city’s affordable housing stock. There will be more legislative changes to come before the year ends, but you catch up on the details from Tuesday’s discussion with WAMU’s coverage here.

Rethinking Evictions and Respecting Residents' Dignity: As a member of the Housing Committee, I heard testimony last week about legislative efforts to make the District’s housing evictions process less harmful to residents and less financially burdensome for housing providers. I heard ideas from residents, tenant advocates, and housing providers about ways to help evicted tenants find stable housing and keep possession of their belongings while minimizing requirements for housing providers. I’ll be continuing to work with my colleagues to develop permanent legislation that does this, while also building on some of my past legislation to keep vulnerable residents in their homes as much as possible.

Implementing Paid Family Leave: For those who have been following progress on the District’s paid family leave legislation, I’ll be holding my Committee’s third implementation roundtable next Tuesday, October 9, with the Department of Employment Services (DOES). We’ll be discussing progress on the program’s infrastructure and timeline for providing benefits. You can catch up beforehand on DOES’ most recent quarterly progress report here.

Celebrating the Black Cat on U Street: When I moved to the District in the mid-1990s, 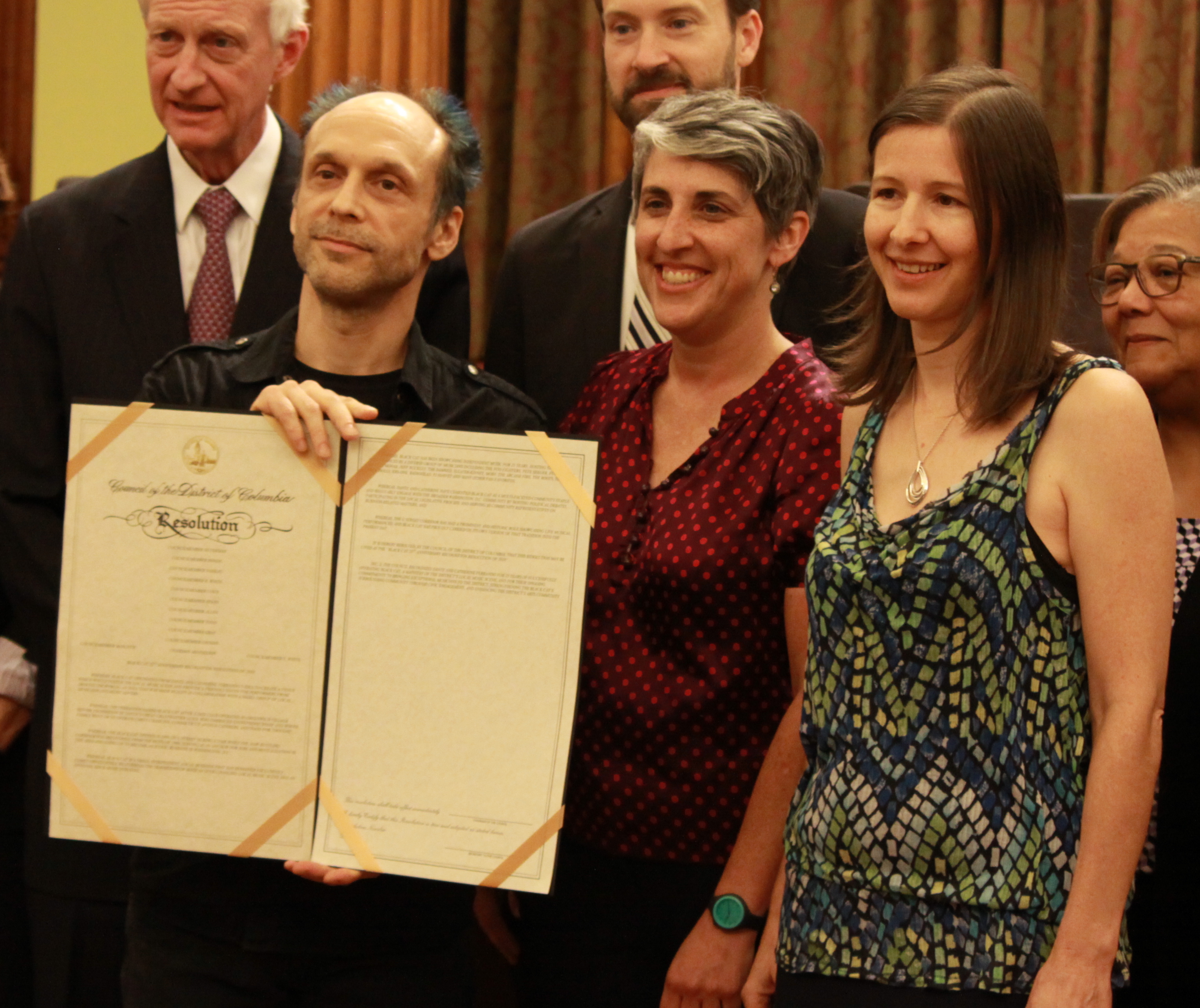 the song “Mount Pleasant” by local D.C. band Tuscadero, (which, yes, is about the Ward 1 neighborhood of Mount Pleasant) was a staple at every house party I attended. And when you wanted to see Tuscadero live or other local bands, you went to a spot on 14th Street called the Black Cat. Black Cat has been a staple of D.C.’s music scene, hosted some of the city’s liveliest political debates, and been a model corporate citizen. This week, it was my honor to present a ceremonial resolution celebrating its 25th anniversary and recognizing the owners, Dante and Catherine Ferrando!

Believing Survivors of Trauma: The painful vault of #MeToo stories this year has raised more questions for me about how we support survivors of sexual assault and other traumatic events. Sexual Assault Awareness Month was back in April, but October is Domestic Violence Awareness Month. My staff and I joined our Council colleagues at last week’s national walk out calling for everyone—but especially legislators—to believe survivors’ stories and respect their courage to come forward. And earlier this week, I supported a ceremonial resolution recognizing Domestic Violence Awareness Month in the District. 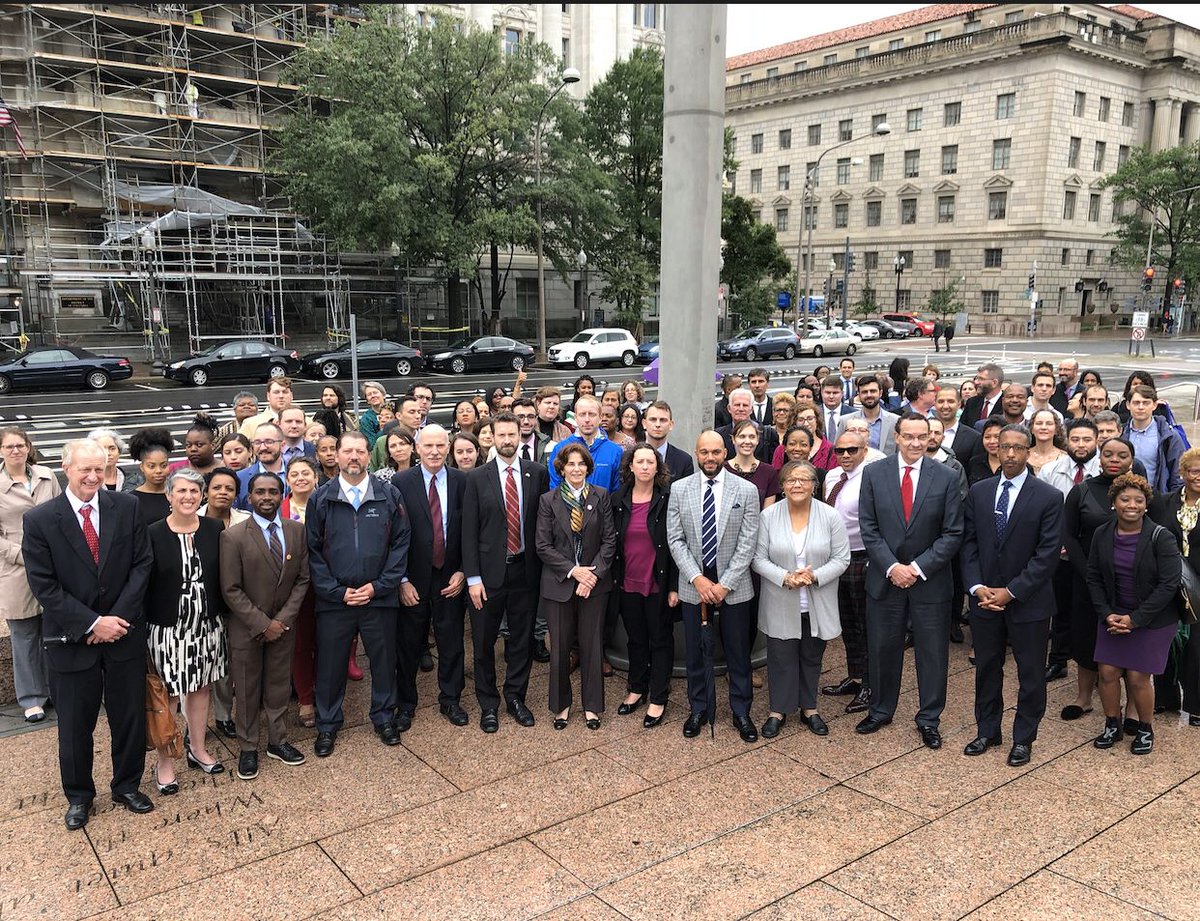 I stand in solidarity with survivors of both sexual assault and domestic violence, and thank the many advocates and organizations in the District working on behalf of individuals who have experienced trauma. Your work is critically important, and I will continue to be an ally wherever I can. Please take a look at how you can support the D.C. Coalition to End Sexual Violence and the D.C. Coalition Against Domestic Violence.

What’s Happening in the Neighborhood: It’s officially fall, and the next couple of weekends will be full of some great community events! See what’s coming up below: