Newsletter: A Call to Action, and Committee Open House Invitation!

This is a challenging week in the District of Columbia. We began by celebrating and learning from the uplift of Martin Luther King, Jr., and we will conclude with the inauguration of a President who many of us believe is unfit and unprepared for this immense task. The threat to working families and to basic progressive values is very real, and it will make our work at the state and municipal level even more important. You have my commitment to preserve and protect the truths we hold to be self-evident, that all women and men are created equal, that it is our diversity and inclusion that makes our country great, and that each resident should be given equal opportunity through public services including high-quality public education.

Over the Martin Luther King, Jr. holiday weekend, I spent some

time reflecting on the ways my office can embrace Dr. King’s values and allow our work at the DC Council to reflect his guiding principles. That’s why it was so meaningful to offer a blessing again at Sixth & I’s MLK Shabbat last Friday before this week’s activities. The program included a powerful call to action, reminding those in the beautiful temple that we each have tools and gifts to make our communities more inclusive, more dynamic, and more attuned to meeting the needs of our neighbors.

The spirit of that MLK Shabbat message continued Monday as my 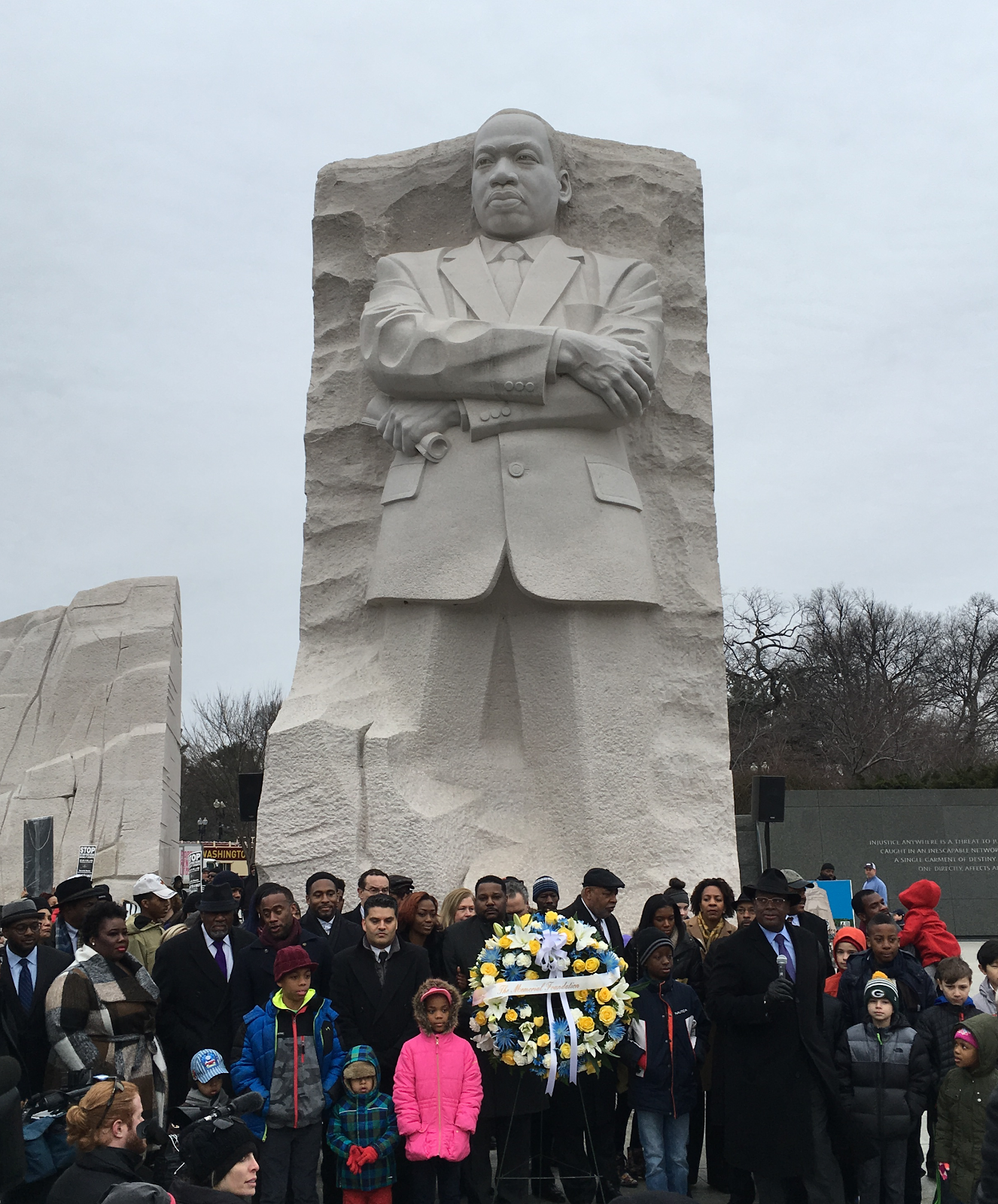 staff and I marched in the MLK Parade in Ward 8. I was proud to walk the route with my brother and father, who made a splash on News Channel 8! My father spoke strongly about the need to get big money out of politics! So it’s no surprise that we chose to march with DC residents, including members of DC for Democracy who support the DC Fair Elections bill that would create a public finance system for elections.

Later that afternoon, we joined Jews United for Justice, members of SEIU and the Metro Labor Council AFL-CIO, many other policy advocates, and plain ol’ DC residents to celebrate the passage of paid family leave. Now the bill goes to Mayor Bowser, who has said she won’t sign it into law. This means that our legislative work is not done, and my colleagues need to hear from residents that you still want a paid leave program in the District. The sooner the bill becomes law, the sooner we can begin implementing benefits for workers and families across the city—bringing Dr. King’s vision to life.

WHAT’S COMING UP ON OUR LEGISLATIVE AGENDA

Legislation to Build a More Fair and Equitable City: Last Tuesday, I introduced four bills which focus on making the District a more fair and equitable city by protecting tenants’ rights, safeguarding property owners from illegal construction, and restoring voter confidence in our electoral process. Almost all of these bills are re-introductions, meaning they were introduced last Council period but not passed into law.

Here are the four bills:

Displacement Prevention Amendment Act of 2017: This bill safeguards residents in a targeted economic development area by doubling the allowable Schedule H income tax credit available to tenants and homeowners in specific census tracts around the new Wizards basketball practice facility. Schedule H is a refundable credit that equals a portion of rent or property taxes paid and provides lower income renters and homeowners with an added safety net against displacement as property values and rents rise around the development.

Displacement Prevention Assistance Fund Establishment Act of 2017: A sister bill to the one above, this bill increases access to legal resources for residents around the Wizards practice facility in the Congress Heights area of Ward 8 through targeted grants to law school clinics and nonprofit service providers for legal services. These resources would target residents vulnerable to illegal foreclosures, evictions, and rent increases leading to displacement.

Stop Work Order Disclosure and Regulation Amendment Act of 2017: This bill requires anyone selling a residential property to disclose to potential buyers any Stop Work Orders that the Department of Consumer and Regulatory Affairs (DCRA) has issued on the property. I introduced this legislation in response to public testimony I heard at the July 13 public oversight roundtable of DCRA, and to protect homebuyers from the too often financially devastating impact of undisclosed home records. 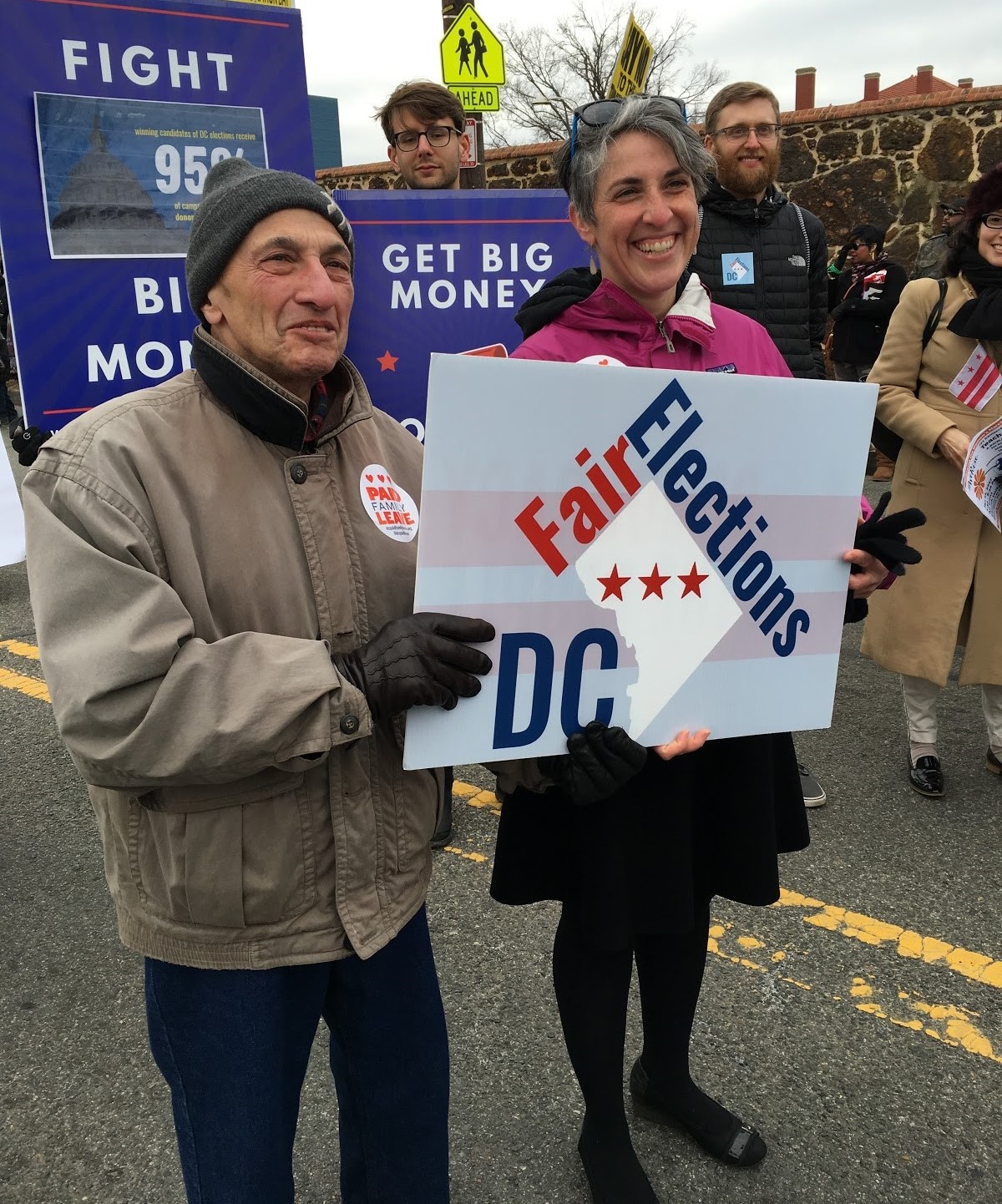 specifies that only individuals may make direct donations to political campaigns and clarifies that political action committees (and other groups raising money for a candidate) must be truly independent and uncoordinated from that candidate’s campaign. In the face on increased attention to potential conflicts of interest in elections, this is now more important than ever.

Committee on Labor and Workforce Open House: Join me and my staff for an open house on Thursday, February 2, from 9:30-11:00 a.m. in Suite 115 of the Wilson Building (1350 Pennsylvania Ave NW). We want to hear from workers, business owners, worker organizations, and residents on important issues involving jobs and workforce development! I’ve met with all the members of my committee to get their input (Ward 3 Councilmember Mary Cheh, Ward 5 Councilmember Kenyan McDuffie, Ward 8 Councilmember Trayon White, and At-Large Councilmember Robert White). I’m excited about the collaborative work ahead and hope members will join us for the open house as well if their schedules permit.

WHAT’S COMING UP IN THE COMMUNITY

In preparation for the thousands of guests coming for the inauguration this week, I encourage you to sign up to receive urgent alerts from our emergency management agency here, find details on road closures to plan any travel here, and see Metro service changes and closures here.

A list of other upcoming events and notices are below:

Again, I hope you’ll join me and my staff for a light breakfast and overview of what I’ll be focusing on as the new chair of the Committee on Labor and Workforce Development, so mark your calendars for Feb. 2!

Thanks for reading and stay safe moving around the city this week. Our agenda of making DC accountable, equitable, and just is now more important than ever.