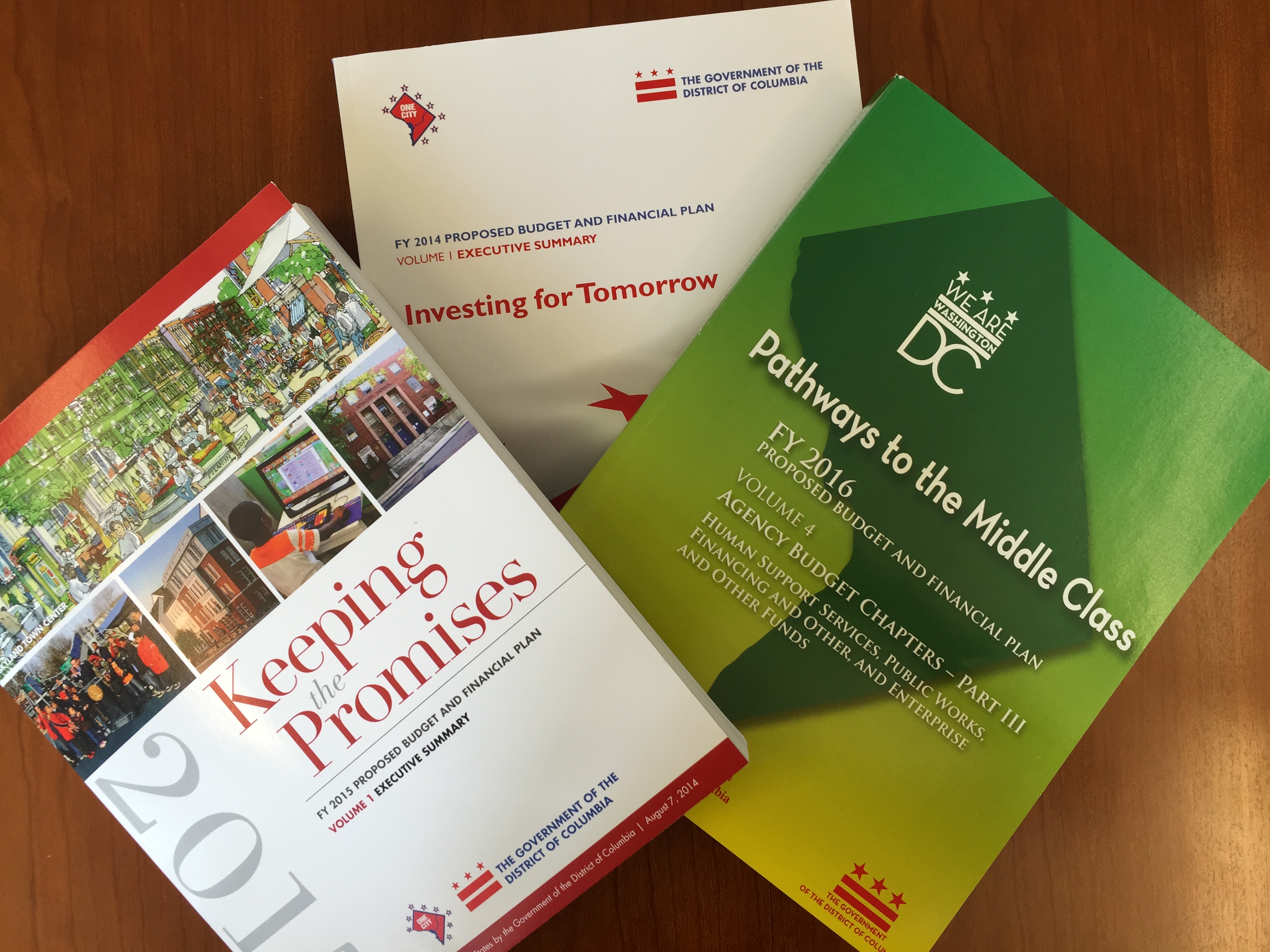 These priorities are not inexpensive, so we need to be shrewd and careful stewards of our taxpayer dollars. We need to be attentive not only to our day-to-day operating dollars but also to our capital budget, making sure we have proper guardrails in place to maximize investments like the proposed $50 million Wizards practice facility in Ward 8. A reminder that the hearing about the bill examining how to pay for cost-overruns on this project is this Thursday beginning at 3:00 p.m. in the Wilson Building. More details below…

I also want to highlight a victory for the District and home rule that got buried over the weekend: Late Friday afternoon, D.C. Superior Court Judge Brian Holeman upheld the D.C. budget autonomy referendum that District voters overwhelmingly approved in 2013. I want to thank my veteran Council colleagues and Chairman Mendelson for championing this important cause that will give the District the ability to spend its tax dollars without Congressional intervention. Special thanks to Karen Dunn and Brian Netter, District residents who served as our pro-bono counsel on the case. 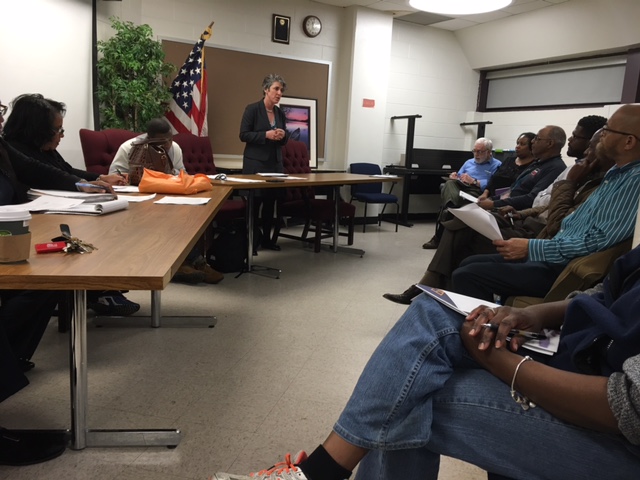 spent a lot of time answering questions about why I introduced a bill asking for more transparency in the $50 million deal to build a practice facility for our NBA team, the Washington Wizards. Many of you remember robust public debates about using public dollars to build Nationals Park and the D.C. United stadium, but the Wizards practice facility deal has largely flown under the radar. In case this issue is unfamiliar to you, here are two quick summaries I wrote for the Washington Post and Greater Greater Washington.

The Wizards practice facility is being presented as an economic development catalyst in Ward 8, and there is no question that public and private investment in Ward 8 is long overdue. I want to make sure we get the most out of this capital outlay, because Ward 8 residents can’t afford a bad return on this investment. I’ve gotten push back that, given the need for development in this part of the city, we should spend whatever it takes on building
the practice facility. I don’t think haphazard, unaccountable spending will bring more permanent jobs and development to Ward 8, and the last thing we want is for cost overruns—a real possibility—to negatively impact the money available for important promises made for workforce development and community programming in Ward 8.

The public hearing on the deal is happening this Thursday, March 24, beginning at 3:00 p.m. in Room 500 of the Wilson Building. If you care about how we spend and maximize our dollars as a government, I’d love for you to be there. If you’re interested in participating, email the Committee of the Whole at cow@dccouncil.us or call Committee Director Evan Cash at (202) 724-8196 by the end of today. If you can’t make the hearing in-person, you can tune in online here and you can submit testimony for the record. I am hoping that taxpayer interest in this deal will push us toward a better contract.

REINVESTING IN PUBLIC HOUSING: Building and preserving affordable housing is one of our biggest challenges, and it is especially critical for our lowest-income residents. I want to make sure we are maximizing all the tools in our housing inventory. That’s why last Tuesday, I introduced the Public Housing Rehabilitation Amendment Act, a bill to help increase the city’s affordable housing supply by using local dollars to keep our public housing in good shape.

The bill calls for any unspent funds allocated to the District of Columbia Housing Authority’s Local Rent Supplement Program (LRSP) be reprogrammed to a special public housing repair fund. Last year, over $8 million allocated to LSRP went unspent and was reprogrammed out of affordable housing uses. A number of our 8,300 public housing units have fallen into disrepair and are now uninhabitable. Our city is in an affordable housing crisis, and I believe this bill is an important step toward making sure the affordable housing we do have is safe, livable, and being put to use.

Thanks to my Council colleagues Brianne Nadeau (Ward 1), Mary Cheh (Ward 3), and Charles Allen (Ward 6) for co-introducing the bill, and David Grosso (At-Large) for co-sponsoring. You can read the bill text here and follow its progress through our legislative process here.

CLOSING D.C. GENERAL: I want to thank the many

residents who came to the hearing last week on the mayor’s emergency shelter proposal and those of you who sent me emails on this important issue. It was a very well-attended hearing, and it gave a chance for both residents and Council members to ask questions of the Bowser administration about site selection, financing, and operations. Some of those questions still need answers, and I will be following this closely. As I said in my opening statement at the hearing, I remain committed to closing D.C. General and want us to move forward in a judicious but timely manner.

Discussion to Improve Financial Health in D.C.: Building pathways to the middle class and equipping residents with the best tools possible to achieve economic success and financial independence continues to be a priority for me. The Washington Capital Area Asset Builders are partnering with a number of organizations to host a conversation about economic issues facing D.C. residents and the types of tools we can use to address them. This free event is on Thursday, March 31, from 9:30 a.m.-2:00 p.m. at the RISE Demonstration Center (2730 Martin Luther King, Jr. Ave SE). Breakfast and lunch are included. You can register online and find additional information here. You can also contact Joseph Leitmann-Santa Cruz at jleitmann-santacruz@caab.org or (202) 419-1440 ext. 102.

Private Security Camera Incentive Program: I know many of you were eager to learn more about the private security camera rebates being offered when my colleagues and I unanimously approved a measure in January to provide up to $200 back per security camera, up to $500 back per residential address, and up to $750 for all other addresses. The program is up and running—you can find answers to frequently asked question here and apply for a rebate here. For additional information, take a look at the website, call 202-727-5124, or email security.cameras@dc.gov.

Free Smithsonian All Access Digital Arts Camp 2016: With spring arriving, this is also the time to start thinking about summer opportunities for our kids! The Smithsonian Center for Learning and Digital Access is actively recruiting campers and volunteers for their All Access Digital Arts Camp which runs from August 15-20. This opportunity is a chance for teens with cognitive disabilities to meet new friends, explore Smithsonian stuff, learn about cool technology tools, and make digital art together. Here’s a flier with more information about how to sign up and an information sheet for parents.

I hope to see you at Thursday’s hearing and wish you a happy first week of spring!