A few exciting updates to our committee staff:

Kesia Brown joins my staff as general counsel to the Committee on Labor and Workforce Development. Prior to joining my office, she was an employment and labor litigator at James & Hoffman representing individuals and unions. She has also represented businesses on issues including wage theft claims, employment discrimination, workplace safety, and employee benefits. In high school, Kesia participated in a program that gave her a glimpse into District life and knew she wanted to make D.C. her home ever since. She is a New Orleans native, a graduate of Vassar College and University of Pennsylvania Law School, and now a Ward 1 resident in the Adams Morgan neighborhood.

The Committee also welcomes Daniel Savery as its new senior advisor. Daniel previously worked in the office of

former Maryland Governor Martin O’Malley and for the Maryland Department of Labor, Licensing and Regulation. Most recently, he served in the Obama Administration as senior policy advisor and then chief of staff for the U.S. Department of Labor’s Office of Workers’ Compensation Programs. He is a former Ward 1 resident and soon-to-be Ward 4 resident with his wife and 16-month-old son.

During this summer, I hope to visit many of the programs that provide workforce training and services to our residents. If you’d like me to come visit you, let me know! And next time you’re in the building, I hope you will stop by Suite 115 to say hello to our new staff members.

Building Affordable Housing Faster: One of the ongoing challenges I hear from the Department of Housing and Community Development (DHCD), advocates, and housing developers is that the process for funding affordable housing projects through the Housing Production Trust Fund is severely delayed. Why? Because applications from developers cannot be accepted until the beginning of the fiscal year when the money would be granted. Despite the $100 million investment we’ve made in the Trust Fund, realistically this means that it can a take a long time—up to two years—for approved projects to receive money from the Trust Fund. That’s why, with support from eight of my Council colleagues, I introduced a bill to get Trust Fund dollars out the door faster to help build and preserve affordable housing. The bill would allow DHCD to request applications from developers for funding starting one fiscal year before the money would be granted—making the application, funding, and building process more efficient.

I thank Councilmember Anita Bonds for her support as chair of the Committee on Housing and Neighborhood Revitalization, and am hopeful that she will schedule a hearing on the bill before the Council’s recess starting July 15. You can follow the Housing Production Trust Fund Advanced Solicitations Amendment Act’s progress here and read the bill text here.

Honoring a Remarkable Public Servant: Earlier this month, the Council also passed a ceremonial resolution I 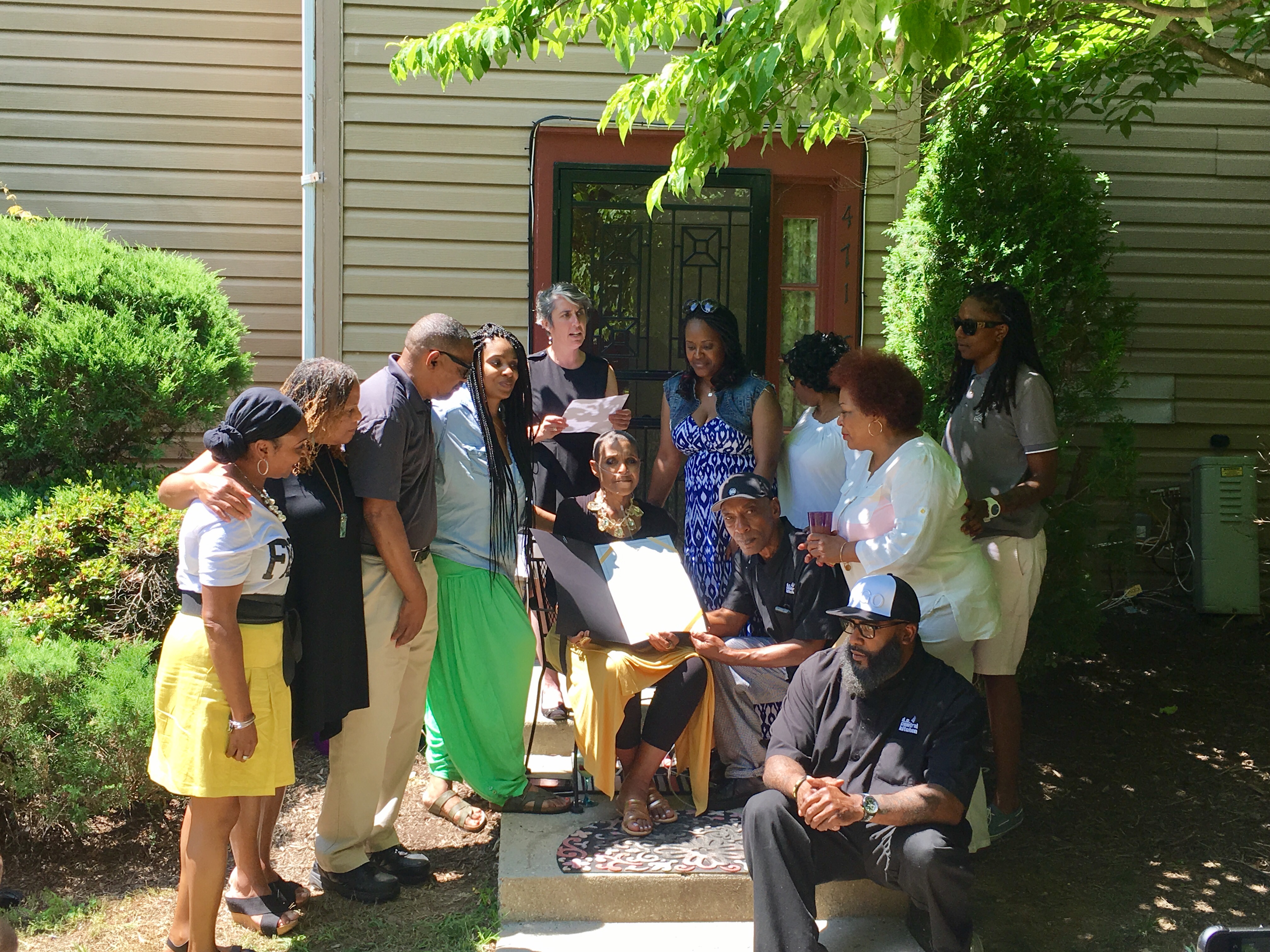 introduced to recognize Marianne Ali and her incredible impact on District lives as culinary job training director for D.C. Central Kitchen (DCCK). After overcoming addiction, Marianne became a chef and was led to DCCK where she has built a culinary training program that, in every sense of the phrase, changes lives. She has personally produced 1,500 culinary graduates over 20 years of service, and her program is considered a national model. I had the indescribable privilege of presenting this resolution to Marianne at her home with her DCCK team, former students, and family—as her impact is now even more cherished while she battles cancer.

Marianne proves that one person in our city can have an impact on the lives of thousands. If you’re not familiar with D.C. Central Kitchen, they operate out of the basement of the Community for Creative Non-Violence, a

shelter near Georgetown Law School. DCCK uses their culinary training program to not only provide meals to shelters and schools but also empower the body and mind.

You can learn more about Marianne’s inspiring personal story on second chances and the power of a job in this short video. You can read the full resolution here. 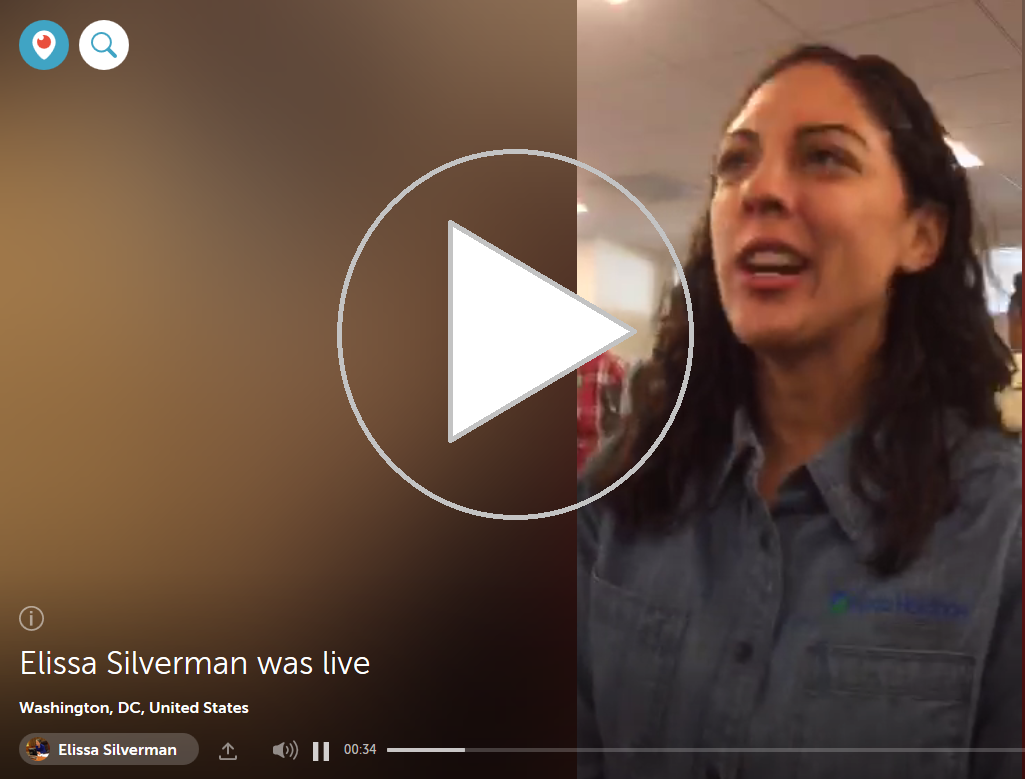 and about 600 District residents to learn more about job opportunities at Pepco. In addition to learning about what cable splicer mechanic-NERC and transformer testers do, I also learned that every applicant to Pepco must pass the Construction and Skilled Trades (CAST) test. This is a three-hour exam that tests graphic arithmetic, mechanical concepts, reading comprehension, and math. In the past, this test has been an obstacle for many District residents working in these industries, but the District is piloting a new program called Quick Path to help boost success rates. You can see a few highlights from the rest of my day at the job fair in my chronicle on Periscope.

Empowering Women and Families: I was also pleased to attend the National Partnership for Women and

Families (NPWF) Gala last week to thank them for their work as true paid family leave champions and support their continued efforts to shape more equitable policies for women. We were joined by Senator Kamala Harris, whose remarks raised the reality that we face a federal budget that will dramatically harm women, children, and families. Working with organizations like NPWF is one way that we can influence change at higher levels, and I look forward to continuing to support their work as a paid leave partner.

You can watch Senator Harris’s full remarks here. And you can see one of the Partnership’s most innovative public service announcements on paid family leave here.

Feedback for Sustainable DC 2.0: The Department of Energy and the Environment launched a collaborative community engagement process called Sustainable DC 2.0 to get public feedback on what the District’s sustainability priorities and goals should be for the updated Sustainable DC plan. You can take this brief survey to share your ideas, needs, wants, and goals to help D.C. become a healthier, greener, more livable city by 2032.

A few upcoming community events to check out in the coming weeks are below:

Thanks for reading and have a great rest of the week.