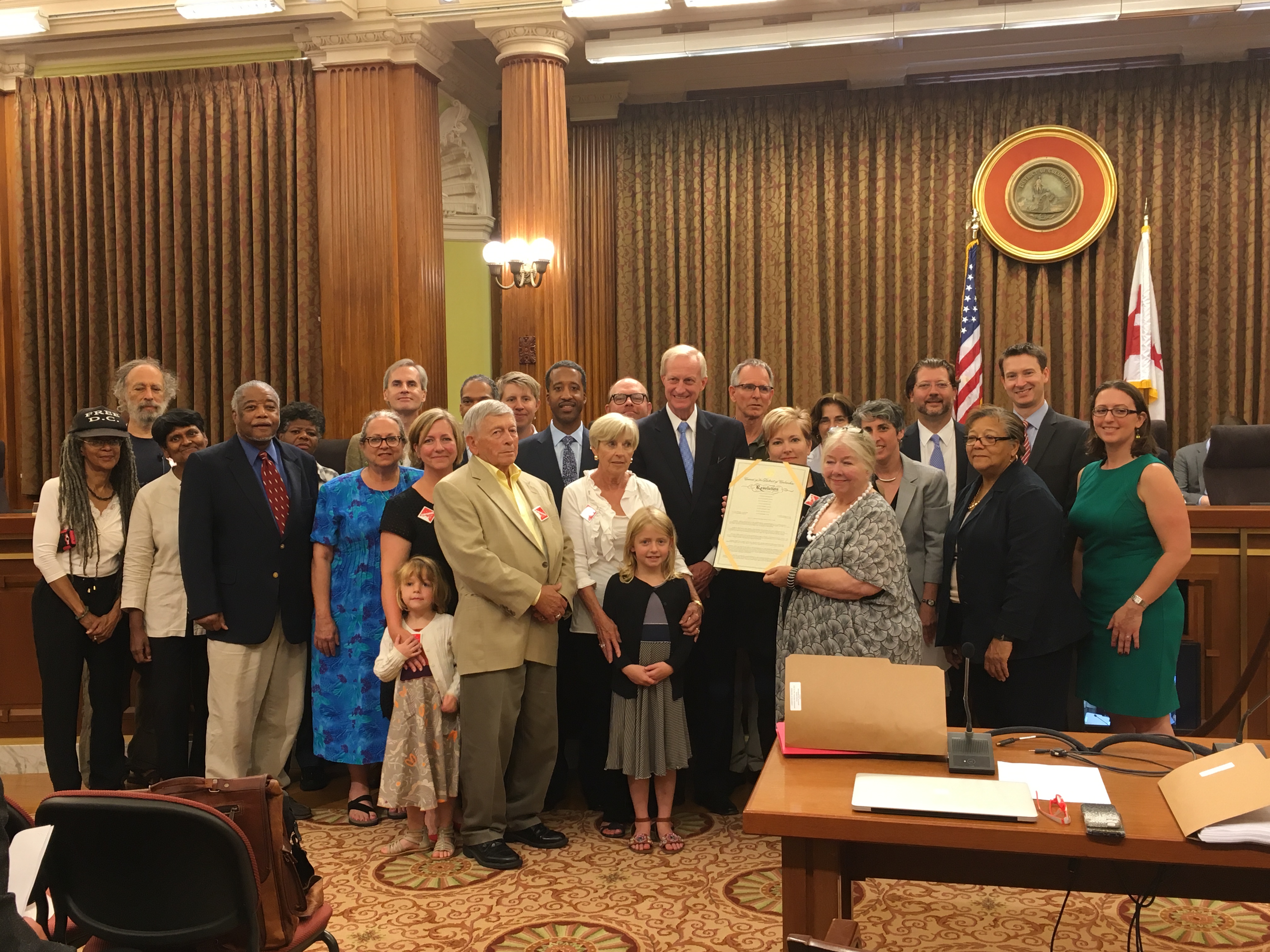 He loved the art of persuasion—and not the persuasion that happens in the op-ed pages or the halls of power but at the doorstep. My favorite memories of Jerry are canvassing with him, and I learned so much from his approach. He saw doorknocking as a two way dialogue because he believed voters trusted those who actually listened. And I’m not sure why my brother and I got such a kick out of this—but often wearing his Princeton hat and with his bit of royal tone to his voice, he often insisted on beginning a morning of canvassing with a  McDonald’s Egg McMuffin sandwich.

He was a persistent and consistent presence in this building and in this city, fighting not only for causes that greatly impacted his life as but on issues that impact all of our lives: LGBTQ rights and marriage equality, a fair budget and economic opportunity for all, racial justice, gun violence prevention, and the pursuit of happiness no matter what you look like, who you love, or where you begin in life.

Right now, I miss Jerry so much. No doubt, in light of recent events that have challenged the greatest ideals of America, Jerry would have rolled up his sleeves and gotten to work. The grunt work and the tough work. He would have been marching in the streets, working the phones to get us to volunteer or give money, and organizing meetings to bring together various groups throughout the city to find solutions. Jerry’s approach made him trusted and respected in every corner of the city.

One more word about Statehood: Jerry founded the D.C. Statehood Coalition and served in many capacities as President and Political Director for D.C. for Democracy. I know he would share their opinion to keep the statehood referendum simple and have a constitutional convention worthy of our becoming a state. Jerry did so much work laying the groundwork in this area, and it is our job to not only finish that mission but to do it in the right way.

It is my honor to read this ceremonial resolution in honor of Jerry and then invite his family to say a few words.