Final Remarks at the Last Legislative Meeting of Council Period 24

Who would have thought, way back when, Chairman Mendelson, that you would be handing me a crystal bowl after serving as your at-large colleague for eight years on the D.C. Council?

Life is surprising, and certainly my political career in D.C. local politics was unexpected, and, in many ways, inexplicable.

For example, who would have predicted the October surprise of 2014 – Mayor-for-Life Marion Barry’s endorsement of me, a candidate whose initial campaign chair was Kathy Patterson?

Let me read a paragraph that might sound familiar: “Disrepair of units, rampant crime…continue to erode living conditions for the 30,000 residents of 60 public housing developments….About one-fifth of the 11,796 public housing dwellings in the District are vacant and in need of significant repairs.”

And what does this story say? The Mayor argues about forward motion, important and meaningful reforms. And here we are, 30 years later, same situation.

We’ve known about deplorable housing conditions and DCHA dysfunction for decades. The alarm has been on since 1994, but we tune it out except when the press amplifies it.

WASHINGTON, D.C. — D.C. Councilmembers Brooke Pinto (D-Ward 2) and Elissa Silverman (I-At-Large) on Wednesday announced legislation that will restructure, reform, and rebuild the D.C. Housing Authority from the ground up.

The legislation, which will be formally introduced Thursday, creates a housing authority with renewed focus on providing safe, dignified homes for low-income D.C. residents. It ensures that the redevelopment of housing authority properties prioritizes the needs of residents in search of deeply affordable housing in the District. It also strengthens the authority's board by requiring a diversity of expertise in low-income housing finance and development, public housing operations, legal services, and lived experience as a voucher recipient or current resident of public housing.

WASHINGTON, D.C. — The D.C. Council voted unanimously Tuesday to approve legislation that will provide significant protections to the almost 10,000 nannies, housekeepers, and home health aides working in D.C., the majority of whom are women of color, giving them comparable rights and protections to other workers in the District.

“These women have been asking for something very basic – dignity, respect, fairness, and a safe workplace,” said D.C. Councilmember Elissa Silverman (I-At-Large), who introduced the legislation in March, along with eight fellow councilmembers. “It’s an entirely reasonable thing to ask for, and I’m pleased to say that from the start, all of us on the dais have been on board with those aims, as we worked through the legislation.”

WASHINGTON, D.C. — D.C. Councilmember Elissa Silverman (I-At-Large), a longtime member of the Council’s Committee on Housing and Executive Administration, released the following statement on legislation introduced Thursday by Mayor Muriel Bowser on the D.C. Housing Authority. The mayor’s emergency bill would abolish the current 13-member DCHA Board of Commissioners and replace it with a seven-member board, eliminating all but one of the DCHA resident members, the voucher representative, the legal community appointee, and the labor community appointee.

“The D.C. Housing Authority needs a Board of Commissioners independent of mayoral control that truly acts as a governing body, providing sound fiscal management and operational oversight while including and respecting the voices of the very residents it is supposed to serve. This proposal doesn’t do that, and it removes the very commissioners who have been ringing the alarm bells. What this does is use the window dressing of “stabilization and reform” to consolidate the mayor’s power and make this critical affordable housing agency an appendage of the administration and its economic development needs.

WASHINGTON, D.C. — Councilmember Elissa Silverman (I-At-Large) made the remarks below at Wednesday’s Roundtable meeting of the Council’s Housing Committee, at which members heard from representatives of the D.C. Housing Authority regarding last month’s scathing federal HUD report and its response.

Silverman will introduce legislation to overhaul DCHA next week, legislation that has been in the works since before the federal Department of Housing and Urban Development issued its report last month. The bill would refocus the housing authority on extremely low income households and remove its ability to serve moderate income residents, expand resident rights related to issues like unit repairs and redevelopment, and reform real property redevelopment so that all deals focus on creating extremely low income units. 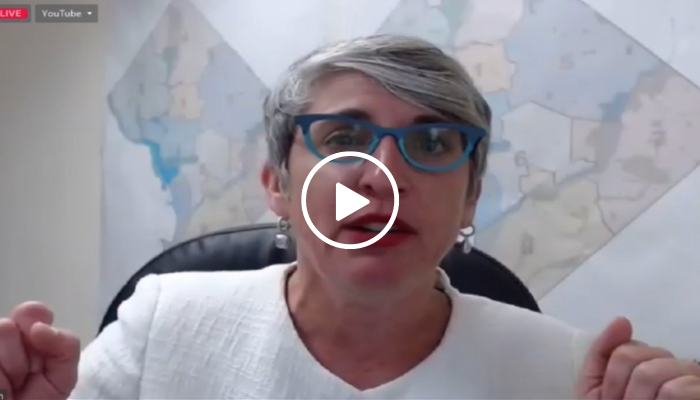 Housing authorities across the country face a similar dilemma: Federal monies are dwindling, public housing units are in disrepair, and especially in big cities like ours, renting a two or three bedroom home – heck, even a studio – is simply out of reach for minimum wage workers. 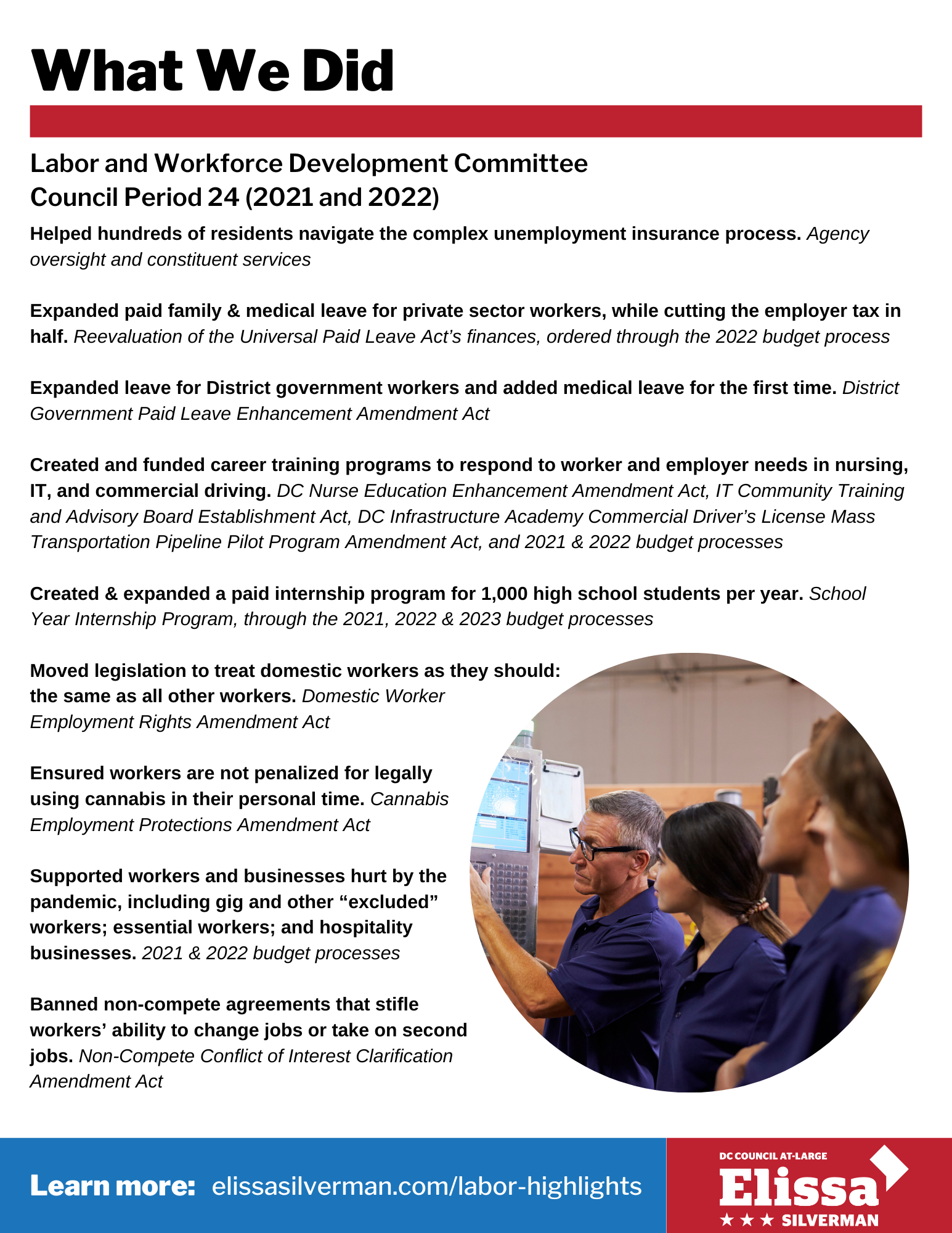 In just a few weeks Council Period 24 will come to an end, and with it, my government service to the residents and businesses of the District of Columbia given the election results.

It will also bring to a close two years of exceptional work by the Labor and Workforce Development Committee, which I chair. The COVID-19 pandemic has been a frightening time for many of our workers and local businesses, and I am very proud of the role our committee played to make sure that there was an economic safety net in place. My committee and constituent services staff helped thousands of workers navigate the unemployment insurance system, and we worked with the Department of Employment Services to make payments to workers who lost jobs through no fault of their own. We also worked with unions and employers, and through the budget, our committee appropriated $40 million to help our hospitality and retail businesses keep workers on payroll. 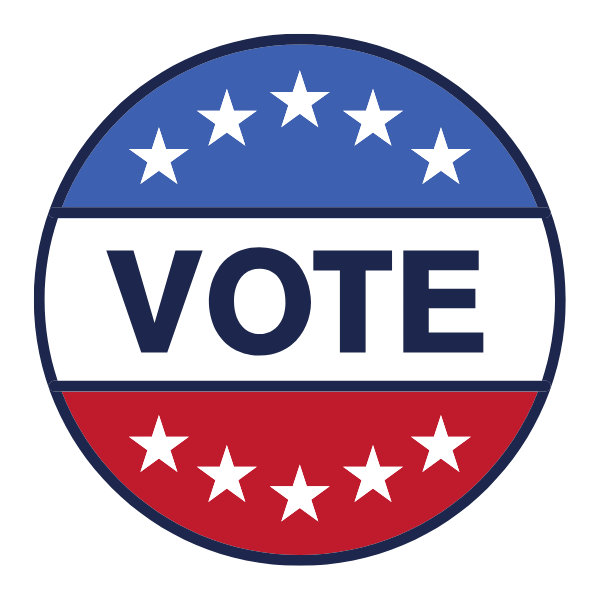 “I’m concerned about the message it sends to our teachers about their value to us as a governmentt and as a community." Silverman said. "I urge Mayor Bowser to do what’s necessary to reach an agreement.”

On Oct. 13, Councilmember Silverman and Council Chair Phil Mendelson wrote to D.C. Public Schools Chancellor Lewis Ferebee about concerns with Human Resources services after hearing from multiple DCPS employees. These include delays in processing leave and retirement requests, unpaid wages, slow/no response and other matters. Unlike other District government agencies, DCPS has its own HR authority and does not fall under the DC Department of Human Resources.

Chancellor Ferebee responded to the letter on Oct. 31.

Download the letter to DCPS. Full text appears below the images.

Download the response from Chancellor Ferebee. Full text appears below the images.