We did it! You did it! It was just around this time last night that we started to celebrate.

What happened last night didn't happen out of the blue; it’s the result of a local movement that’s been building for a long time. Many of you have been a part of these efforts, which have included the initiative to ban corporate contributions, advocacy for an increased minimum wage and expanded paid sick days, and progressive-focused candidates and campaigns. 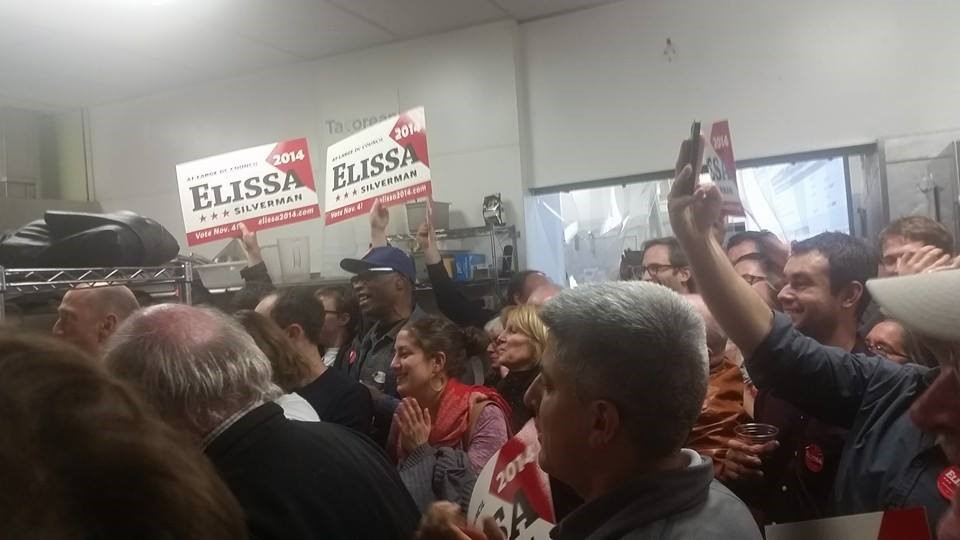 More and more, D.C. residents are understanding they are the true force for reform, and that’s what made last night's result possible.

It's important to recognize how we got here. We got here by all of the hard work all of you were willing to do, when it looked like achieving our goal was so tough. We got here by the signatures you collected, the phone calls you made, the doors you knocked on, the meet and greets you hosted, the precincts you stood outside of yesterday, and the precious dollars you donated to this campaign. I can't thank you enough.

We won through people power, and I am so excited to bring that people power to the Wilson Building to tackle our biggest challenges: closing our achievement gap, making sure there is safe and affordable housing for all ages and incomes levels, and making our city one of justice and equal opportunity. Our campaign maximized our resources by tapping into the talents of our supporters. I want to take a moment to highlight the contributions of people who made extraordinary efforts to this campaign.

I also want to thank those who helped build the foundation with our 2013 campaign: Kathy Patterson, Ken Archer, and Nathan Adams.

Then there are our great endorsers, who not only lent their name but their considerable people-power to the campaign. I knocked on doors alongside members of UFCW Local 400, I spent election day with UNITE HERE Local 25 members at Lafayette Elementary, and I launched an amazing canvass in Ward 4 with dozens of members from Jews United for Justice. Other endorsers did things I didn't even know about! Many thanks to Metropolitan Washington Council AFL-CIO, DC for Democracy, Jews United for Justice Action Fund, D.C. Police Union, IAFF Local 36, LiUNA!, SEIU 32BJ and 1199, Sierra Club, UFCW Local 400, Washington Teachers' Union, and D.C. Working Families.

Rest up these next few weeks and enjoy the holiday season, because we have plenty of hard work ahead of us. Starting Jan. 2, I'll be asking you again to make phone calls, send emails, and testify at the Wilson Building. The movement to unlock D.C.'s potential is just getting started....

I'm excited for what we've accomplished so far, and I'm even more excited about what we're going to do next.

Thank you again with all my heart. I am honored to represent you.